With US traders finally making their way back to the markets on Tuesday, everyone was keen to see how the USD would hold up. Not surprisingly it didn’t fair too well and neither did equity markets. This time around it feels like the North Korean saga might be holding firm. As a result there has been strength in risk-off assets and weakness elsewhere.

Against the backdrop of geopolitical tensions, our focus now turns back to the Central Bankers. Today we have the Bank of Canada Interest Rate decision followed by the ECB tomorrow. Both are going to keep markets quiet until the respective announcements and any official change or even a hint of one might be enough to bring on the volatility.

It should be a big couple of days on FX markets, so let’s put some ideas together on how to trade them.

German Factory orders are released at 6:00 GMT and analysts are predicting a slight decrease from last month at 0.3%. It’s a quieter day for European traders ahead of the ECB so I suspect ranges will be tight and this won’t impact markets that much.

The BoC will announce the official cash rate at 14:00 GMT. Predictions are for rates to be kept on hold at 0.75% but rumors are swirling that there might be an unexpected increase. Any rate increase will strengthen the CAD against other currencies.

The word on the street is that the BoC will be looking to raise rates in October. However as the week has progressed there has been an ever increasing amount of speculation that there might just be shock rate hike at today's meeting.

The CAD has been strong and markets are now pricing in a 55% chance of a rate hike. 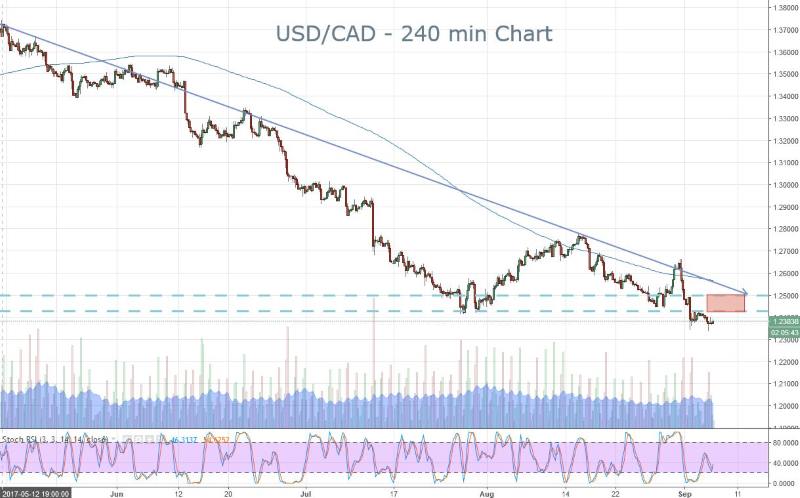 Sometimes markets (and traders) can get a little excited at the prospect of an event happening. When anticipation rises and nothing eventuates, that can lead to a move in the opposite direction.

Assuming that there is no change in rates, that might lead to a little bit of a retrace in the USD/CAD. I still think the BoC will raise rates sooner rather than later, however if they disappoint we might be able to work a good price on a longer term move. There just seems to be a lot of added anticipation in the air around this particular rate decision.

Given the overall weakness in the USD as well, the USD/CAD is decidedly bearish at the moment. Any pop towards the longer term downtrend or above 1.2430, might just be a good longer term play. Above 1.2500 even better. That’s assuming they leave rates on hold. If they do then they will almost certainly raise them in October.

If they decide to hike – then watch out!

USD/JPY – Are We Due for a Bounce?

With the North Korean saga front and center, the safe-haven currencies have been in focus. As a result the USD/JPY has sold off sharpy and is now below 109, which has been an important support level. 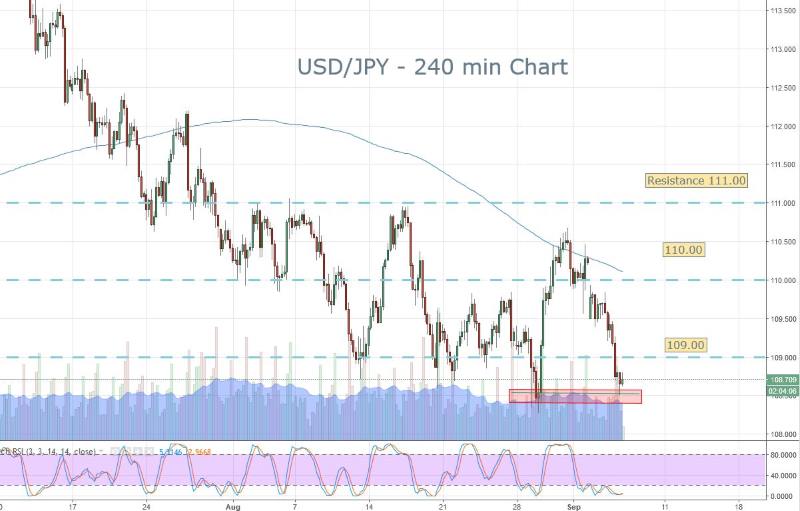 I’m getting set for a retrace in this currency pair. Sure the USD has been weak, but 109 is a level that has proven to hold up on a longer term basis.

We have two exciting days ahead for FX traders with two big central banks in focus. Let’s hope for some action and good luck today.

Rowan Crosby // Asia-Pacific Analyst
Rowan Crosby is a professional futures trader from Sydney, Australia. Rowan has extensive experience trading commodities, bonds and equity futures in the Asian, European and US markets. Rowan holds a Bachelor of Finance and Economics degree and is focused heavily on Investment Finance and Quantitative Analysis.
Related Articles
Comments