How High Can the USD/JPY Go? - Forex News by FX Leaders

How High Can the USD/JPY Go?

One of the stories of last week for me was the strength in the USD/JPY. The big rally was on the back of two different forces.

Firstly the USD got some strength from the FOMC and the fact that it looks like we are going to be getting an interest rate hike in the US, faster than many were anticipating. This really helped spark some interest in the USD after a long period of decline.

Secondly, we saw a sell-off in the safe-havens. The Yen has been a go-to in times of crisis and as the North Korea saga has slowly started to bore trades, the Yen has weakened. And let's not forget the BOJ who decided to make no policy changes.

As such we are at another important level. I’ll be looking to short below 113.00 on bearish candles as we move closer to that level. 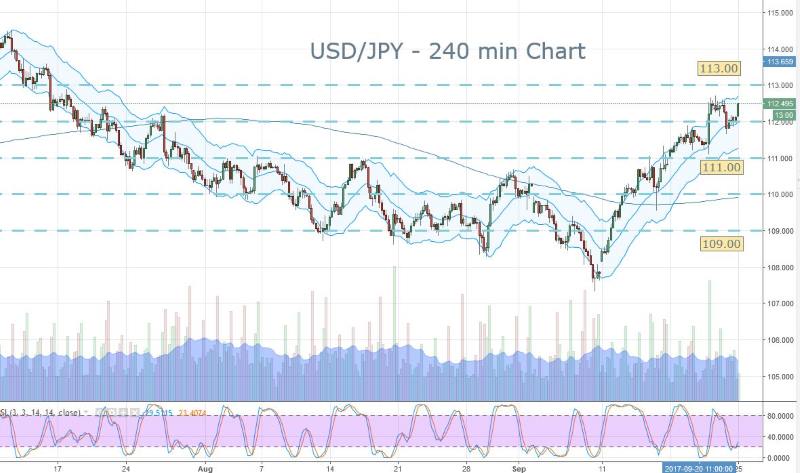