Forex Signals US Session Brief, November 3 – The Forex Market Is Feeling Numb Ahead of US Employment Report, While Cryptocurrencies Feel Alive Again

Yesterday the BOE hiked interest rates, but GBP pairs went completely in the opposite direction, which is why the forex market is standing still today ahead of the US employment report. Cryptocurrncies on the other hand, have been feeling alive after a horrible day yesterday. 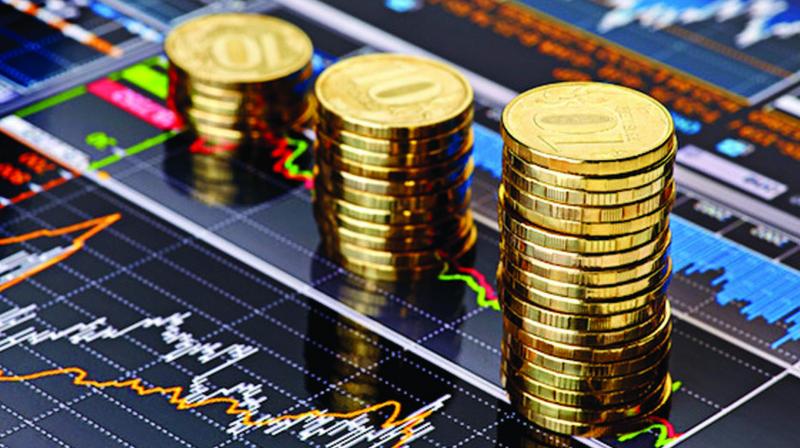 Cryptocurrencies have stolen the thunder from the forex market today

US and Canadian Employment Reports Out Soon

This afternoon is going to be all about employment. The US and Canadian employment reports will be released shortly and I think that they will be very important for both currencies today.

First, the Canadian Dollar lost nearly 100 pips on Tuesday after the Canadian GDP report showed a contraction in October. That came as a surprise after a few positive months and after the rate hike from Bank of Canada (BOC).

So, today’s Canadian GDP report is extra important because it will show whether the GDP was affected by some particular factor such as mining, or if it is a widespread problem which will affect employment as well.

The US employment report comes at an interesting time as well. The tax plan from the Trump administrations is already out, but the market is worried if it will pass through Congress, so the market is unsure whether to buy the USD on the fiscal policy.

On the monetary policy front, the FED was sort of vague on Wednesday which left forex traders scratching their heads bout the next rate hike. The main thing to watch here is the wages or average earnings, as they are displayed on forex calendars.

Last month’s number was revised to 0.5% from 0.2%. This month, expectations are for another 0.2% reading. Considering last month’s revision, if the actual number comes as expected, I think that the impact on the USD will be positive.

Cryptocurrencies Are Back to Life

Yesterday, the cryptocurrency market was crashing down as all major altcoins were losing value rapidly. Bitcoin on the other hand, was climbing at first, breaking record resistance levels, but then it came down crashing as well.

We had two open forex signals in Ethereum and Litecoin and we opened another one as these currencies were sliding lower. So, at some point, we got worried because you never know. This is a new market and there are no rules set in stone. I think that digital currencies will be here for years and decades to come, but the fear is always present in forex.

Anyway, in the afternoon they started fighting back and today they are more than halfway through and still climbing. Now, the bigger picture of the whole altcoin charts looks much better particularly the daily and weekly charts. We are already long on digital currencies with three forex signals and we plan on opening another long position, which is explained below. 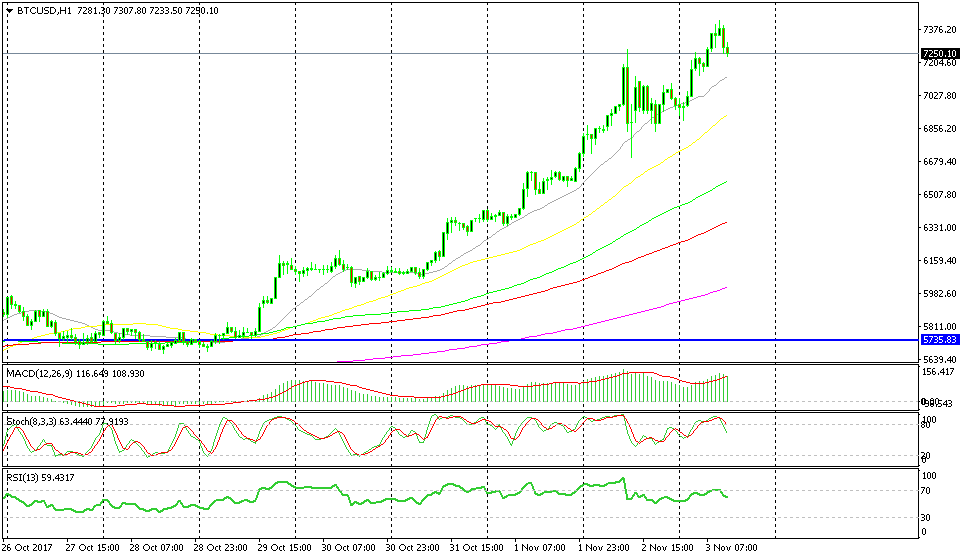 The 20 SMA (grey) is waiting to provide support again.

Bitcoin has been taking out previous highs almost every day, even in days such as yesterday when the cryptocurrency market has pulled back lower. So, I think that it is about time that we get involved in Bitcoin as well. Although, I would wait until the price retraces lower to the 20 SMA (grey), which has provided support all week. By that time, the stochastic indicator would have reached the oversold area and the buyers will have another reason to jump in. I will also check the price action when we get there before pulling the trigger.

The forex market is just chopping around in tight ranges waiting for the US employment report to come out. In the meantime, cryptocurrencies are climbing higher. Well, I again forgot that the US hasn’t changed clocks yet, so the data was just published. The USD seems to be under attack, so we closed our NZD/USD buy signal in profit as this pair jumped after the release.