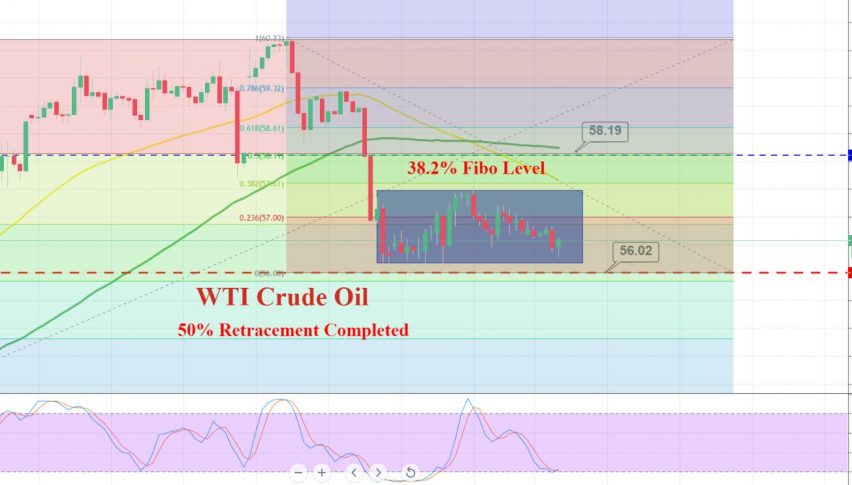 During the Asian session, WTI crude oil prices fell despite increased tensions in the Middle East after the capture of an Iranian crude oil tanker on the basis of proof by British Royal Marines.

Moreover, weak economic indicators from the United States and Germany also shrugged off some demand for crude oil. The investors are also pricing in less than expected drop in EIA crude oil inventories released on Wednesday.

German industrial orders dropped by more than anticipated in May, placing a bearish impact on crude oil prices. Whereas, the Economy Ministry added fuel to the fire by stating that this sector of Europe’s largest economy is anticipated to remain weak in the next months. 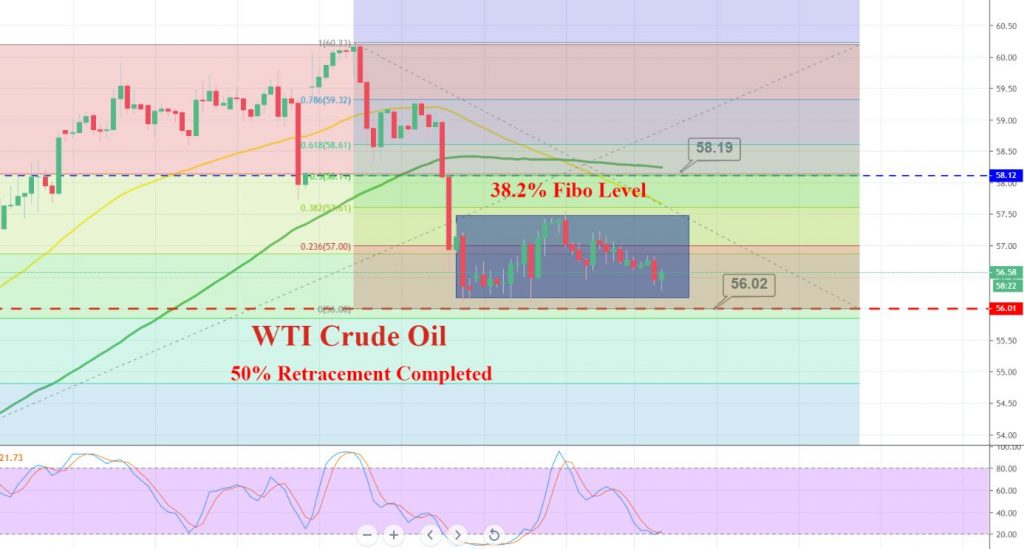 WTI Crude Oil – Technical Outlook
Frankly speaking, crude oil continues to trade the same old technical levels suggest at the start of the week. Investors are still looking for a solid reason to break the sideways trading range of 58 – 56 but haven’t found any reason so far.

Crude oil continues to gain support around 56.00 trading level and the bearish breakout 56.00 can lead oil prices towards 55.50.

Alternatively, the bullish breakout of 57.60 can extend bullish rally up to 58.12.