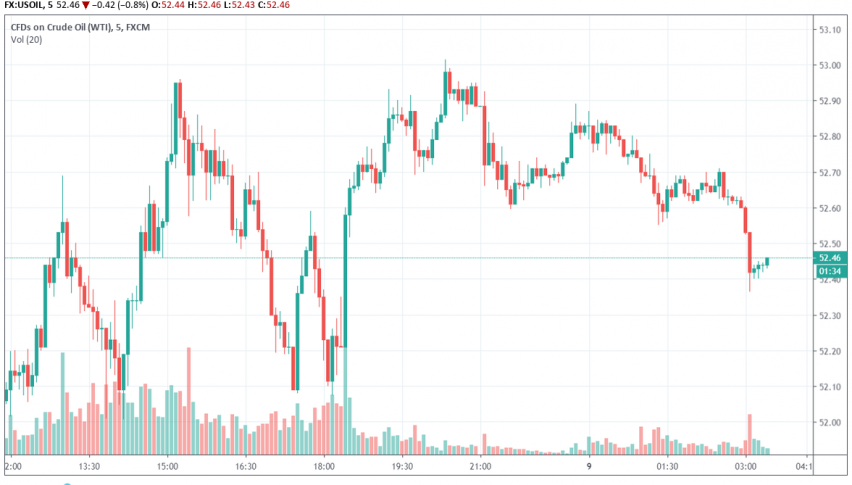 Even as the long term outlook for oil remains bearish as long as the trade war lasts, WTI crude oil prices rose higher on Friday over hopes that OPEC could step in with additional supply cuts. At the time of writing, WTI crude oil is trading at around $52.46 per barrel.

Oil jumped higher by over 2% on Thursday as news reports suggested that Saudi Arabia and other OPEC members are exploring ways to stem the slide in oil prices amid rising concerns of the trade war denting demand for oil in global markets. Since April, crude oil has slid 20% lower and continues to trade bearish.

The recent downtrend began after US President Trump announced 10% tariffs on an additional $300 billion worth of Chinese imports after the in-person talks between the two countries’ trade teams concluded in Shanghai. Since then, China has retaliated by halting all agricultural products’ imports from the US and by weakening the yuan against the US dollar.