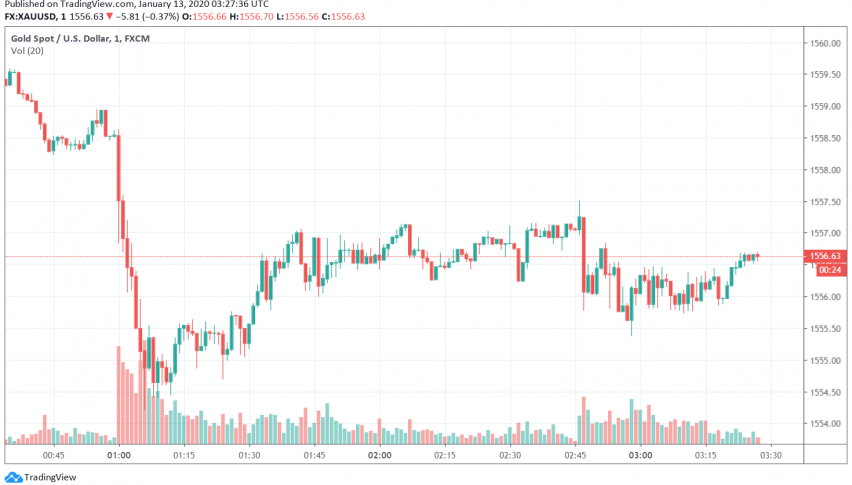 Gold is starting this week on a bearish footing amid rising optimism around the upcoming US-China phase one trade deal even as geopolitical tensions in the Middle East appear to recede. At the time of writing, GOLD is trading at a little above $1,556.

The US and China trade teams will be meeting in Washington on Wednesday to sign the first phase of their trade agreement, the first concrete step towards resolving the 18-month long trade war. As part of the interim trade deal, the US is expected to call off some tariffs on Chinese imports and reduce some more tariffs in exchange for China increasing farm goods’ imports from the US.

The US-China trade war had supported the safe haven appeal of gold through most of 2019, driving prices higher by around 18% last year. However, an ease in trade tensions is likely to drive gold prices down in the coming weeks.

Gold, meanwhile, remains supported in recent days despite the trade optimism over worries of escalating tensions between the US and Iran. A few days ago, US drone strikes killed a top Iranian military commander and drove Iran to retaliate by bombing Iraqi military bases where US troops are stationed.