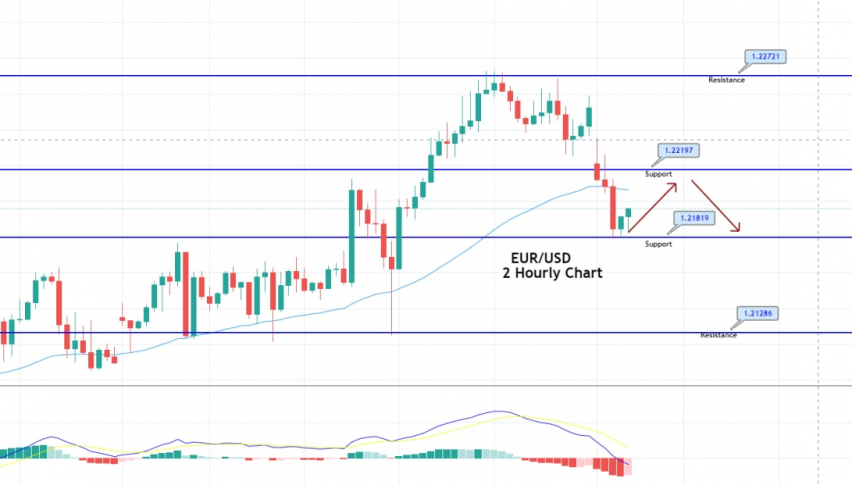 EUR/USD Bounces off Over 1.2175 Support – A Quick Technical Outlook!

From the US side, at 20:00 GMT, the CB leading Index for November was released, indicating an increase to 0.6%, against the estimated 0.4%, which supported the US dollar and weighed on the EUR/USD pair. The weekly outlook for the EUR/USD pair remains bullish, as the pair continued to rise throughout the week for many reasons, including the declining US dollar, amid the rising hopes for additional financial aid from Congress, vaccine rollouts and the rising hopes of a Brexit deal.

All these factors kept the EUR/USD pair on the bullish track for the week. The Euro remained strong against the US dollar throughout the week, because of the strong macroeconomic figures from the Eurozone side. Europe’s economic outlook remains strong, as the data suggests, and the local currency, the Euro, has strengthened against the US dollar, causing the EUR/USD pair to rise on the board.On the flipside, the losses in the EUR/USD pair could be attributed to the latest news that several European countries have banned flights to and from the United Kingdom, and others are considering such action, in an attempt to block a new strain of the coronavirus, which is sweeping across southern England, from establishing a strong foothold on the continent. The Netherlands were first to announce an immediate ban on Sunday, while Belgium, Austria, Germany and Italy followed suit.