Happy Friday traders! We have finally made it to the last day of the week and gained several green pipes in our Gold and Forex Signals. Yesterday, the market was not very volatile, but the release of U.S economic figures gave it the jolt that it needed.

Recalling the 23rd of March Morning Brief – Finally, The U.S Dollar Hits Support, the U.S dollar pulled back modestly after testing a trendline support in the daily timeframe. Later in the New York session, the U.S. Department of Labor reported gains in unemployment claims from 15k to 258k. Despite these depressing figures, the favorable new home sale figure compensated for the negative impact on the labor market.

Today, the macroeconomic calendar is filled with manufacturing & services PMI figures from Germany and France. Seeing as both of these economies are considered major business hubs of the Eurozone, the ECB President Mario Draghi will be pressured to implement some new policy actions.

EUR/USD – The Pair In Focus Today

What's the TLTRO & How it impacts the Euro Currency?

TLTRO stands for targeted longer-term refinancing operations. This is one of the ECB’s unconventional monetary policy tools. The European Central Bank provides a loan to banks in order to increase the money supply in an economy. The major objective is to support falling inflation and boost economic activity.

In general, the TLTRO negatively impacts the single currency. Yet in this case, most of the TLTRO is already priced in. Perhaps, it's likely to leave a bullish mark on the Euro as this is the last TLTRO. In its March meeting, the ECB revealed that there are unlikely to be additional TLTROs because of improved economic conditions. 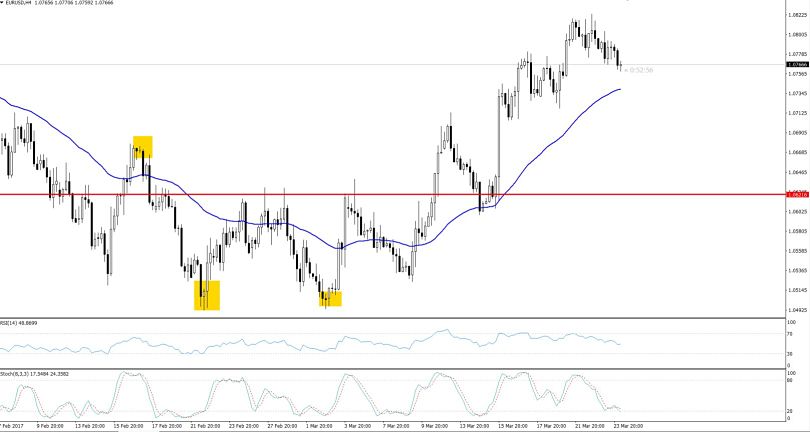 As discussed yesterday in our morning brief, the EUR/USD is still holding below a double top resistance level of $1.0823. Besides that, it has formed the test bar below the same level, $1.0823, signaling a weakness in the bullish trend.

In the 4-hour chart, EUR/USD is still holding above 50 periods EMA at $1.0763. However, the leading indicator has just crossed below 50, indicating that it could be the start of a bearish reversal. I would recommend keeping an eye on the $1.0753 as this level may extend a strong support soon.

In contrast, the Japanese currency is losing its haven appeal. This is mostly due to the supported dollar, which is attracting fresh bulls after the release of better economic figures.

Investors seem to be jumping into the market to grab up the oversold U.S dollar. This is why even the positive figures from Japan have failed to support the haven currency.

A few minutes ago, the market flash manufacturing purchasing managers’ index (PMI) released at 52.6, hitting low of  the previous 53.3 figure. Nevertheless, investors will consider it positive for Japanese Yen.

Why? The purchasing managers’ index (PMI) above 50 signals growth in economic activity, while a figure beneath that level signals contraction. 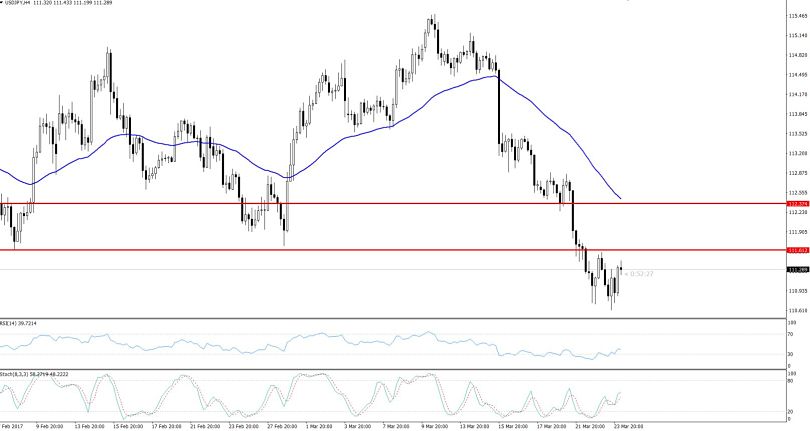 The USD/JPY pair has been stuck in a narrow trading range of $110.735 – $111.500. The RSI (at 57) is signaling a bullish bias, while the 50 periods EMA is neutral in the 1 -hour timeframe. Yet the recent bullish engulfing candlestick is signaling a potential bullish breakout.

In the meantime, we can enjoy choppy trading in this range ($110.735 – $111.500) but need to be wary of a breakout. Though it seems unlikely that this will occur before the release of fundamentals today, this is the way of the forex market my friend. So play it safe and put a stop loss whenever you make a trade.

Ethereum Price Rejected Again: Is Another Bearish Move Coming Up?
28 mins ago