Whipsaws In The Market, Be Careful! - Forex News by FX Leaders

Whipsaws In The Market, Be Careful!

EUR/USD was threatening 1.12 a couple of hours ago, after an 80 pip tumble this morning. But 1.12 resisted, and this forex pair jumped back up, claiming all the losses it had endured earlier today.

Guess what, that jump didn’t last long either and right now we are back down in the 1.1220s region. If you see the hourly forex chart, the previous candlestick closed as an upside down pin/hammer which is a reversal signal, which we didn’t take because the jump this afternoon was too furious and happened too fast. But, it worked and 1.12 is back on sight now.

A similar thing happened with USD/CAD, it jumped nearly 80 pips after US oil inventories showed a surprising 3.3 million barrel build up, while expectations were for a 3.1 million barrels drawdown.

We had a sell forex signal here and at some point, we were only a few pips away from take profit, but that wasn´t meant to be. Besides oil, there was a strong build up in gasoline as well, so both these factors crashed oil prices. Both WTI crude and London Brent Crude are nearly 2 cents lower after the release, while USD/CAD is nearly a cent higher. 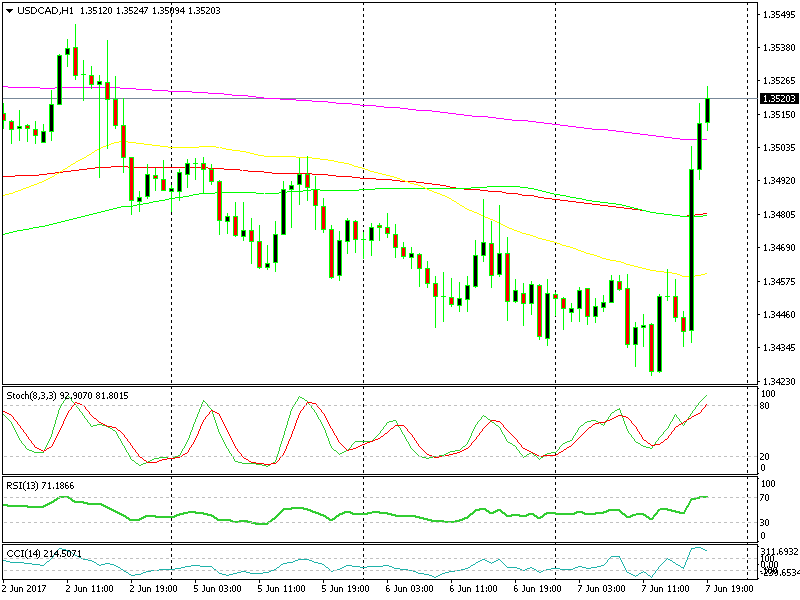 You see that massive jump in oil inventories?

The jump in Euro pairs came after some rumors in the market implied that the ECB (European Central Bank) will hike the growth forecasts tomorrow. Although inflation is not so hot anymore, they can´t do anything about rate hikes in my opinion.

I advise you to be careful because the volatility is increasing while liquidity is drying up.