It looks like it’s action stations once again, after a missile test flew over Japan and sent shockwaves through the markets in what was a classic risk-off move.

According to reports, several missiles were launched from Pyongyang and Japan said at least one landed off the eastern coast of Hokkaido. This appears to be an escalation to the situation that occurred a few weeks ago as it seems North Korea Leader Kim Jong-un hasn’t taken the advice of US President Donald Trump.

We’ve seen the classical flight to safety with the USD/JPY and USD/CHF all moving lower, while most major are weaker against the USD in early Asian trade. 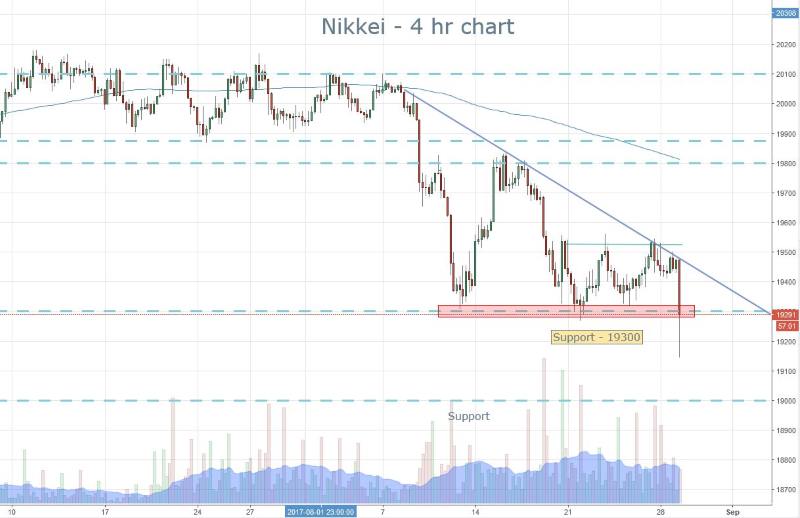 Today we want to continue to play the Yen as it is the currency in focus along with the Nikkei.

Japanese markets have opened sharply lower this morning and I want to see if we can get some follow through. The key level that has been in play has been 19300. I want to get short below that level and see if we can make a leg lower in the coming days. Sometimes it's hard to know whether there will be a retrace in the Asian session or more follow through.

As the day goes on I’ll be looking closely at the risk-off currencies and seeing if there are good opportunities for us more developments come to light.