Forex Signals Brief for September 1st – How to Trade Gold during NFP Today?

The wait is over. Today we are expecting the most awaited economic event of the month – the Non-farm employment change. Check out our trade idea in gold, keeping fundamentals in focus.

I'm really excited about today's fundamentals side. The calendar is full of high impact economic events from the United States which will definitely cause some serious fluctuations.

Non-Farm Employment Change: It's scheduled to be released at 12:30 (GMT) with a negative forecast of 180k, below 209K (previous). Moreover, the Unemployment Rate is there with a neutral forecast of 4.3%.

Forex geeks are anxiously waiting for the Non-farm payroll as it's one of the macro economic events which significantly shake the markets. It shows the change in the number of employed people during the previous month, excluding the farming industry.

What to Expect from NFP?

Now the question is, whether it's likely to be positive or negative. If you guys are following me, I wrote a bit about the correlation between ADP and NFP figure. The logical guess, considering the ADP Non-farm payroll, is it's likely to be more than 200K, beating the consensus estimate. Any surprise change in the figure will present us with an opportunity to trade.

Gold has persistently traded sideways in a narrow range of $1297 – $1324, exactly as we planned throughout the week. Gold gained a support, not due to the better than expected ADP non-farm employment change, but due to an upbeat reading on manufacturing in China which supported sentiment regionally that the world's second largest economy remained on track.

Looking at the gold 4-hour chart, the gold crossed above a minor resistance level of $1313 and the same level is working as a support now. We can see the pair is trading below $1324, a double top resistance level which could cause selling in the gold. 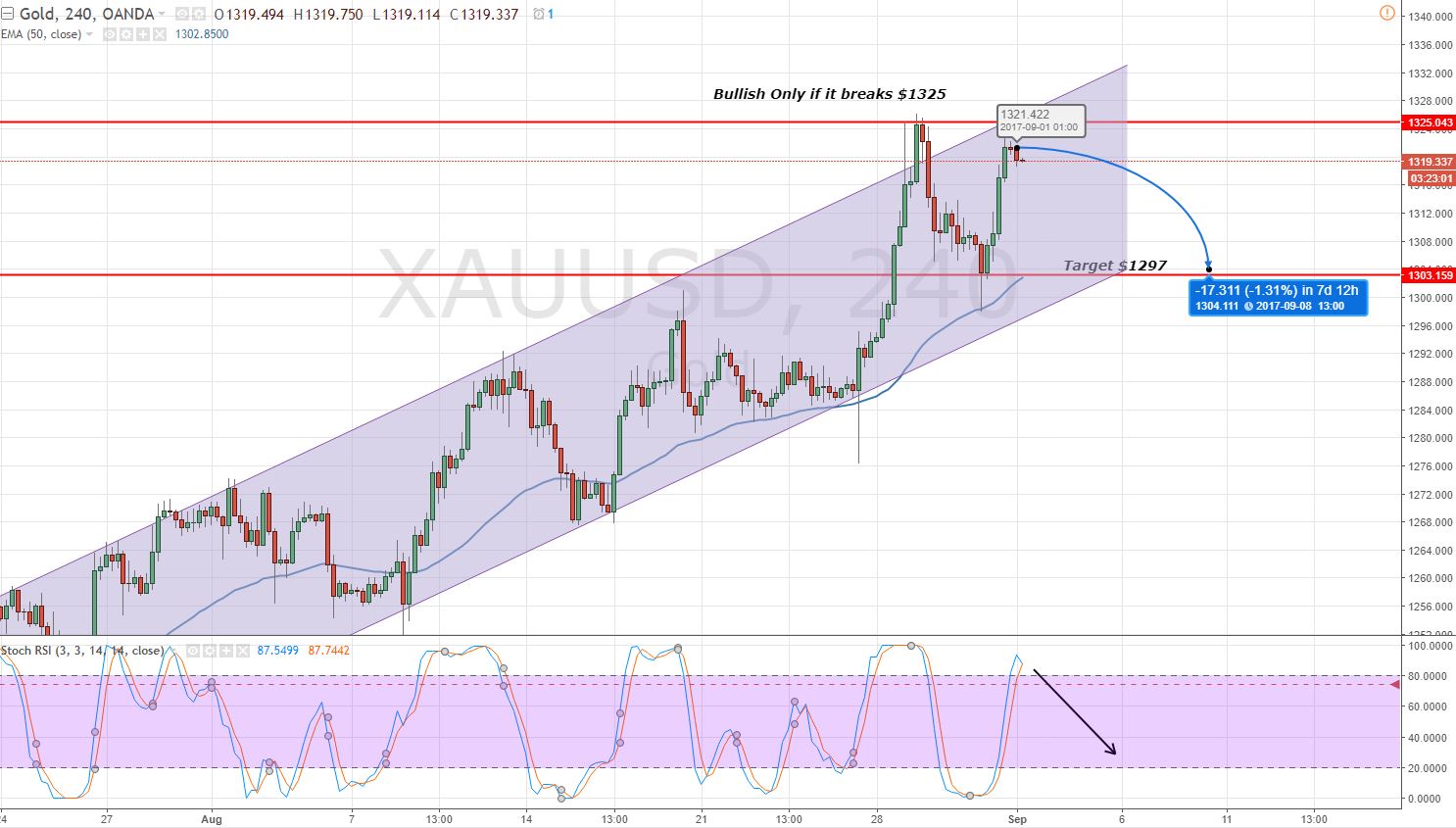 Stochastics & RSI are holding at 87 which is overbought enough to call for a pullback. We can see a Doji candlestick followed by the "three white soldiers" signaling the potential for a bearish reversal. Check out FX Leaders Candlesticks Trading Strategy for tips on how to enhance your profit potential.

Today, if you want to trade gold, I would advise keeping a close eye on $1324, the crucial trading level.

Buying USD/CAD After the Retrace Down, As Retail Sales Remain Negative for May
23 hours ago