Bullish Triangle In Play – A Buying Entry In Gold!

Good morning, forex friends. Hoping you had an awesome weekend. The exciting thing is, our forex trading signal on cross pair GBPJPY hit take profit of 93 Pips and Gold trade exactly as forecasted in previous update GOLD On Fire – What's Going On In The Market?

Why did Gold open with Gap?

Considering the ongoing geopolitical tensions between North Korea and the United States, the tensions eased during the weekend when a possible ICBM test by North Korea at the weekend failed to materialize. Converting the "Risk Off" sentiment to "Risk On" – a serious drop in the bullion markets.

How to Trade Gaps?

The mystery about price gap is that it's meant to get filled on the same day or in coming days. As of now, the Gold has already tumbled more than 200 pips down from $1357 to $1332. I have been watching Gold for a bit now, especially, the weekend gaps in prices. We can expect Gold to soar gradually to $1342 until it covers the gap.

Having said that, I'm not comfortable adding additional selling until the Gold retraces back to cover the gap. Staying on the buy side is less risky.

On 4-hour chart, the metal has formed a bearish Marubozu candlestick pattern signaling the bears are fully dominating the market. Check out FX Leaders Candlesticks Strategy to gain more knowledge about fundamentals. The immediate support prevails at $1332/30, the double bottom level. 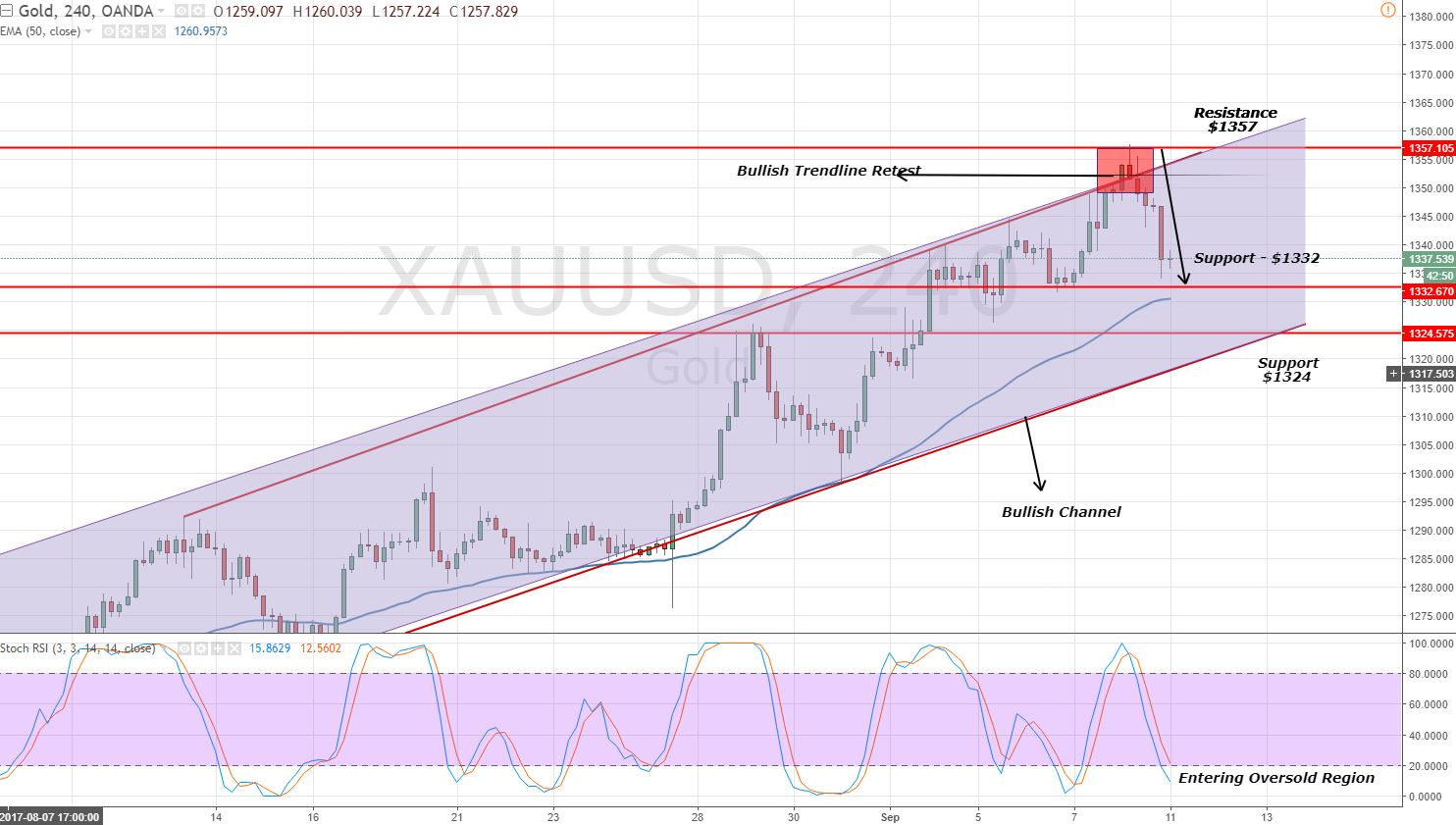 Besides this, the same level is also supported by the 50-periods EMA. Breakage below $1330 is likely to lead the Gold towards $1324. The leading indicators Stochastic and RSI are entering the oversold region 9, supporting the probability of entering bulls in the market soon.