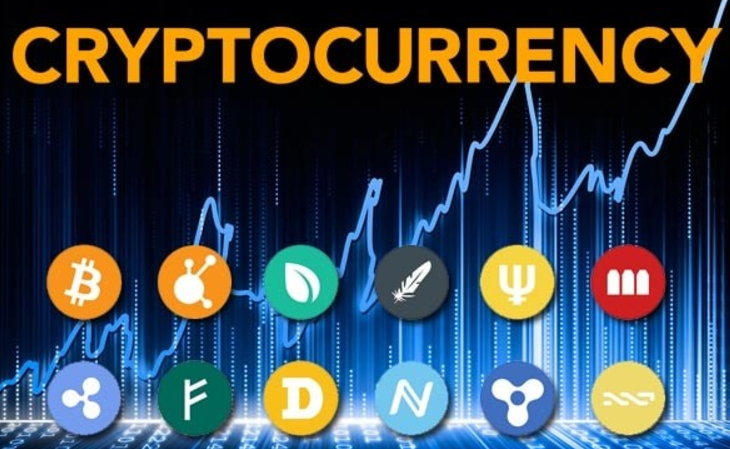 The uptrend is clear for cryptocurrencies

The forex market has been quiet all morning, but it is starting to make a move now as the US Dollar bulls try to fight for their life. Cryptocurrencies continue to grind higher still, with Bitcoin breaking the $10,000 level briefly. Although, it has dived back below now, so the break isn’t valid yet.

The USD Is Trying to Fight for Its Life

The US Dollar has gone through a rough path during this week. It started the month the back foot, but it reversed as the new month got underway. It looked like the USD was starting to reverse the big bearish trend that we saw last year.

But that wasn’t the case. The reverse ended and the USD reversed again lower after a great round of inflation, which was pretty strange. But it shows that the market is heavy short on the USD, so any jump is short lived. Forex traders are scared to stay long on the USD for too long.

This morning we saw another push lower from the sellers. USD/JPY broke below the 106 level and reached 105.50s where it reversed. That area stretching from 105.00 to 105.50 is a major support zone, so it won’t be easy for sellers to take it out. EUR/USD broke above 1.25 and moved above January’s highs.

So, the price action of the last several days has been as bearish as it could get. The USD has turned bearish after some great data which is bearish in itself. It has made new lows too, but in the last few hours we are witnessing some demand for the Buck.

EUR/USD has pushed back below 1.25 while USD/JPY has broken above 106. This is a ray of light in such dark skies for the USD. Although, we decided to go against this move, so we’re going with the long term trend. We sold USD/JPY at the 20 SMA on the hourly chart, which we explained in the previous market update.

The uptrend in cryptocurrencies continues today as well. Finally, the major retrace of the big uptrend seems to be over, so the buyers are back in control. Although, we won’t see the madness that we saw during the “Gold Rush” for cryptos towards the end of last year.

The price action has become sort of normal in the cryptocurrency market. The trend now looks more like a normal trend in the forex market, rather than a massive surge. I think the altcoin market is coming to terms with trading. So, I don’t expect to see such huge moves, the likes of which we saw in the last several months.

Although, there will be the occasional spike when there is some real fundamental event. Litecoin has made a decent jump this week, which was supported by new features that Litecoin is introducing.

Bitcoin pierced above the $10,000 level last night, but it has pulled back lower this morning. So, we can’t say that this level has been broken until the price moves considerably above it and closes there.

On the way down in January, this level was pierced several times, but the price returned above it every time. That game continued for about three weeks, until that level was finally broken, so it might take that long to break back above it now.

Although, the buying pressure remains strong. The price retraced lower this morning, but it stalled at the 50 SMA on the H1 chart. It formed a hammer which is a reversing signal and it is now reversing higher. So, we might as well see the $10,000 level go today, we’ll see. We remain long on Bitcoin though, with a long term buy signal which we opened back in December. 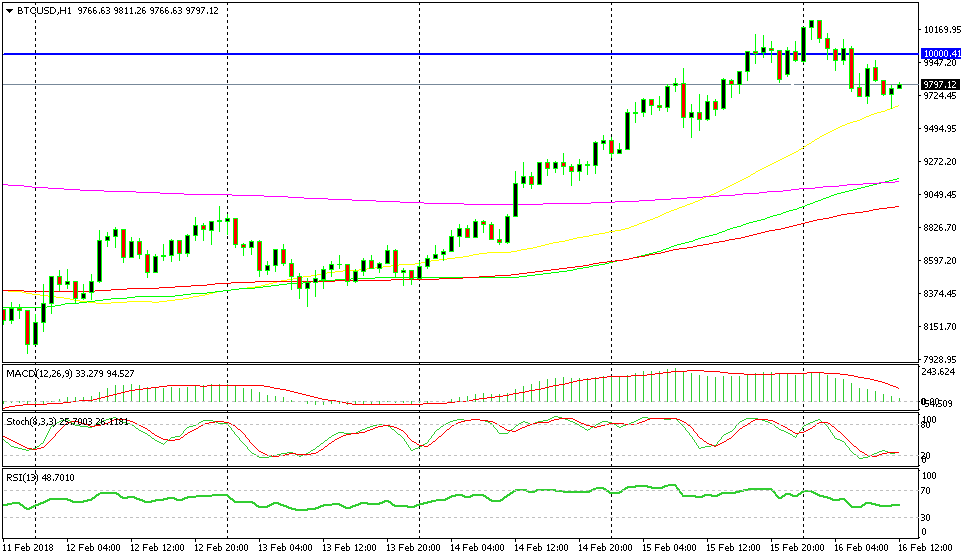 Looks like we will see another attempt at the topside soon 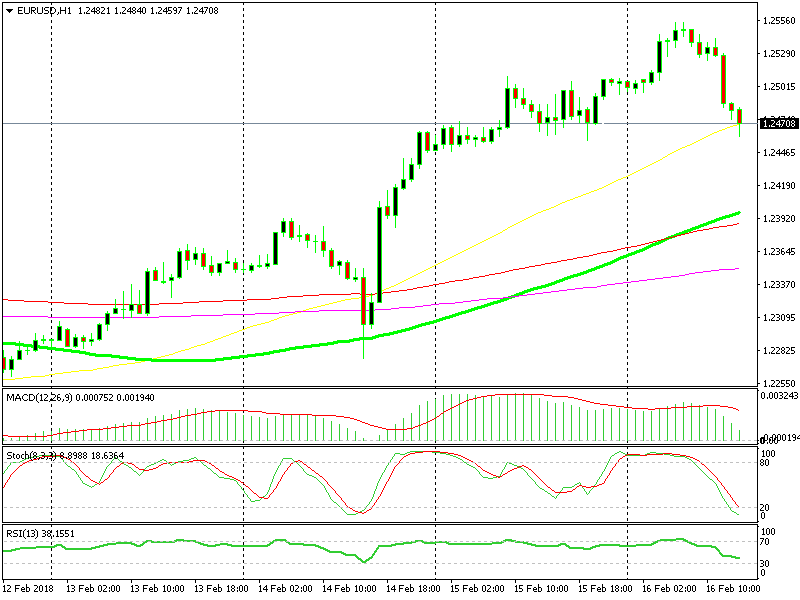 The retrace lower is complete

EUR/USD made new highs today, so the trend is bullish and it is strong. At the moment this forex pair is retracing lower, but it looks like the retrace is over. The 50 SMA (yellow) is providing support and the stochastic indicator is oversold, so we might see a jump from here. Who wants to go long now?

The USD has made new lows today, which seems bearish at first. But, the big reversals come after new lows have been made, so if you’re short USD, don’t push your luck too much, the Buck has fallen too low for too long. Today’s US building data might give the USD bulls funny ideas, so trade with caution.