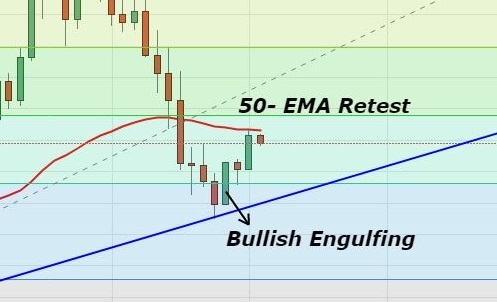 Happy Friday, traders. Yesterday the financial markets had a volatile session after the release of the ECB policy minutes and ongoing geopolitical tensions. I don’t see any top-tier catalyst today, yet the markets could show volatility during the New York session. Additionally, our long-term forex trading signal on Gold is progressively heading towards take profit.

The University of Michigan will be releasing the consumer sentiment figures at 14:00 (GMT). The US consumer sentiment is expected to be 100.8, slightly below the previous month’s figure of 101.4. Overall, the higher figure is considered good for currency.

As my colleague, Rowan explained in Markets on Friday: Concerns Over Syria, Dovish ECB, the Job Openings and Labor Turnover Summary (JOLTS) will be in focus at 14:00 (GMT). Economists are expecting it to drop from 6.31M to 6.11M. But, it’s not something surprising enough to shake the market.

At 6:00 (GMT), the Destatis is due to release the German Inflation data. As we know, Germany is one of the major business hubs in the Eurozone, its inflation figures impact the market. Economists aren’t expecting any deviation from 0.4%.

The yellow metal Gold took a bullish turn after placing a low near $1,332 overnight, where we entered our buying signal. The markets are still oversold, but the RSI has started coming out of the oversold zone. The bullish engulfing candle followed by a sharp bearish fall is supporting investor’s bullish bias. 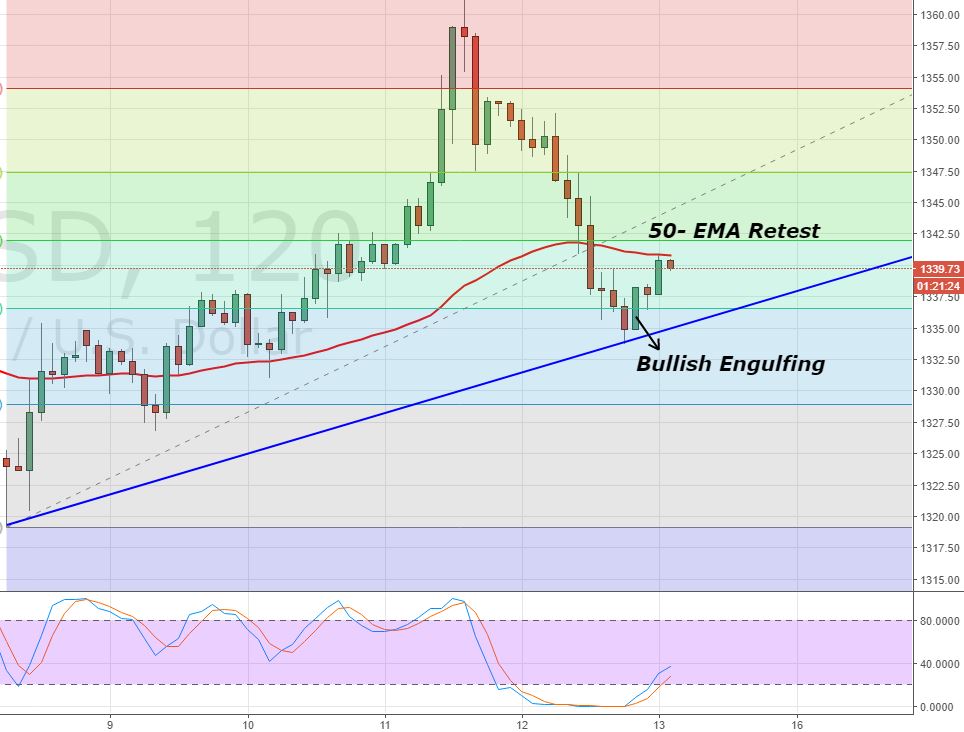 For the moment, Gold can face resistance near $1,340, just below 50- periods EMA. But the bullish crossover may help us out.

We are in a buying trade with a breakeven stop to target $1,345. The idea is to widen the buying trade and look for sell positions near $1,345 today. Stay tuned!