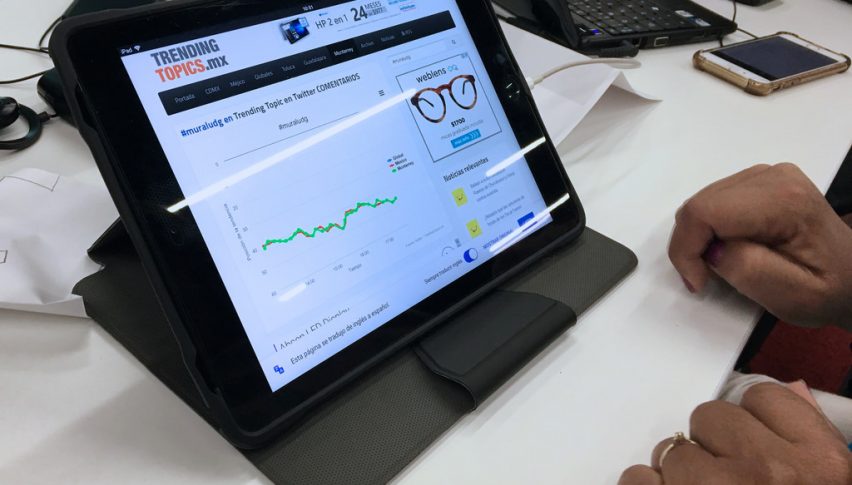 After staring at the charts for a week, the uptrend has resumed for the USD

After three weeks of trending upward, the USD retraced lower for nearly a week. But, it seems that the USD pullback is over now. The recent economic data has been a bit disappointing, so that might have contributed to the end of the pullback as well.

The global economy has improved considerably over the last year. The services, industrial production, employment, and even inflation have picked up during this time. This is one of the reasons why the Euro has rallied since the beginning of 2017.

Right now the global economy’s economic expansion is softening. The Chinese fixed asset investment missed expectations and fell to 7.0% from 7.5% previously. Retail sales came down to 9.4% from 10.1% in the previous month.

We didn’t have any economic numbers from Australia today, but the RBA (Reserve Bank of Australia) sounded dovish enough to send the AUD slipping lower this morning. AUD/USD is on a strong bearish move today and we just made some pips selling this pair.

That wasn’t all though; the economic numbers from Europe didn’t look very promising either. The German prelim GDP for Q1 2018 fell to 0.3%, which is half of last quarter’s figure. The Eurozone industrial production was expected at 0.4% but came at 0.5%. Last month’s number was revised lower as well, hence the soft tones from the ECB yesterday.

In the UK, the wages are not keeping up with inflation. Inflation is running pretty hot at nearly 3%, but wages came at 2.6% this month, 0.2% lower from 2.8% last month. So, it hasn’t been a good day for economic data.

The USD Is Taking Advantage

The US Dollar has been in retracement mode for nearly a week. After trending up pretty strongly for about three weeks, it was time for a trend refreshing, which took place during the last several days.

It seems as the refreshing is over. GBP/USD failed to stay above 1.36 yesterday and today it is slipping lower. We still hold the long-term sell signal in this pair, which is now more than 100 pips in profit. The downtrend is picking up the pace for GBP/USD, so we will hold it, hoping to make a nice profit.

EUR/USD failed to break above 1.20 yesterday and now we find it around 150 pips lower. The slide has accelerated in the last couple of hours.

The commodity currencies are losing ground fast as well. Earlier today we opened two sell forex signals in AUD/USD and NZD/USD. NZD/USD had been retracing higher on the hourly chart, but the 20 SMA was providing resistance. We decided to play both pairs at the same time and it proved to be a good decision since it resulted in two winning forex signals. 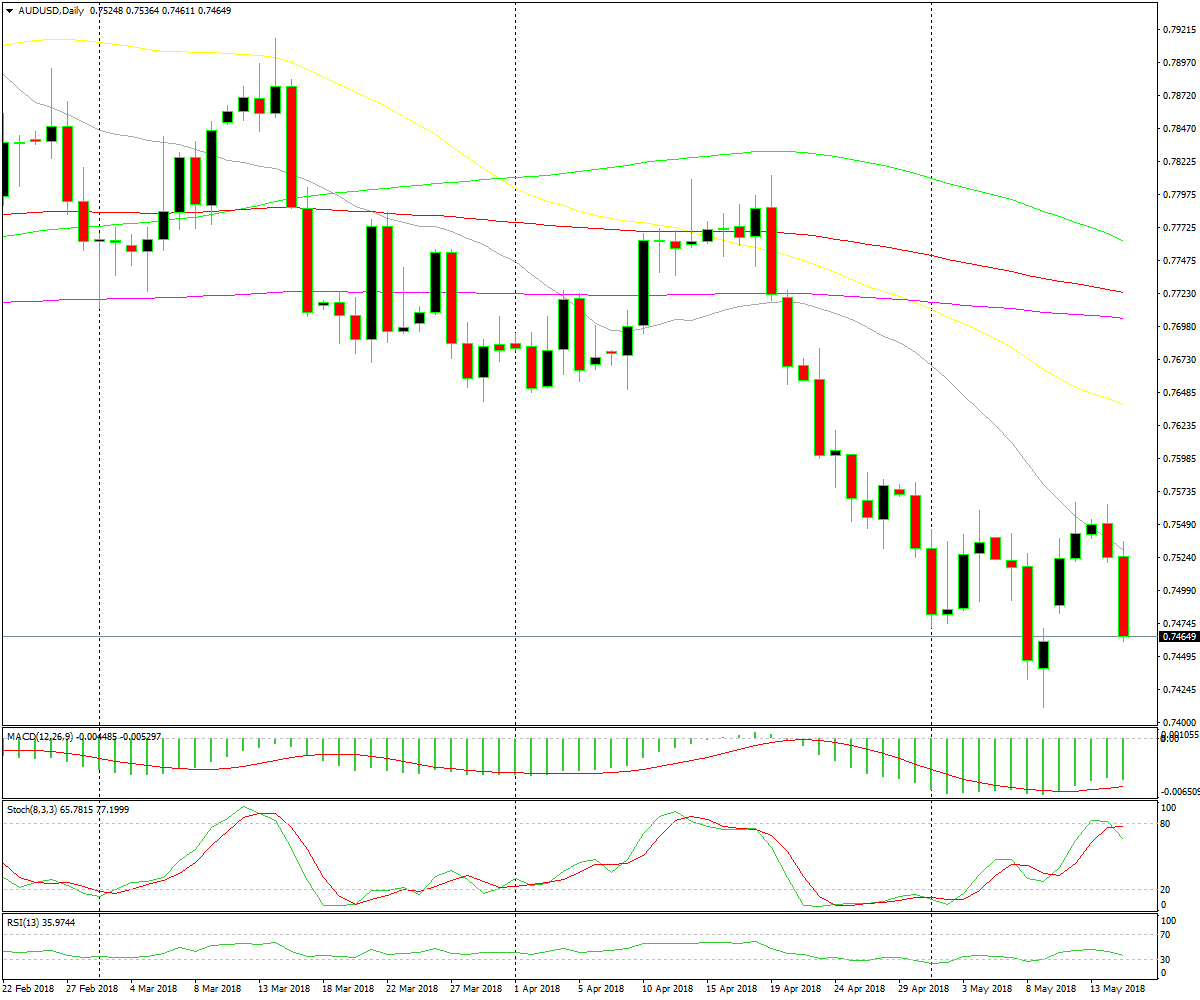 The downtrend has resumed again in AUD/USD

As we said above, AUD/USD finished the pullback up yesterday and today it has turned bearish again. The candlesticks of the last two days look pretty bullish. They look like upside down hammers, which are reversing signals. Today they have been followed by a big bearish candlestick, a major bearish chart formation. This has convinced us to remain bearish on this pair. We booked profit on a sell forex signal but will sell again if AUD/USD retraces higher again.