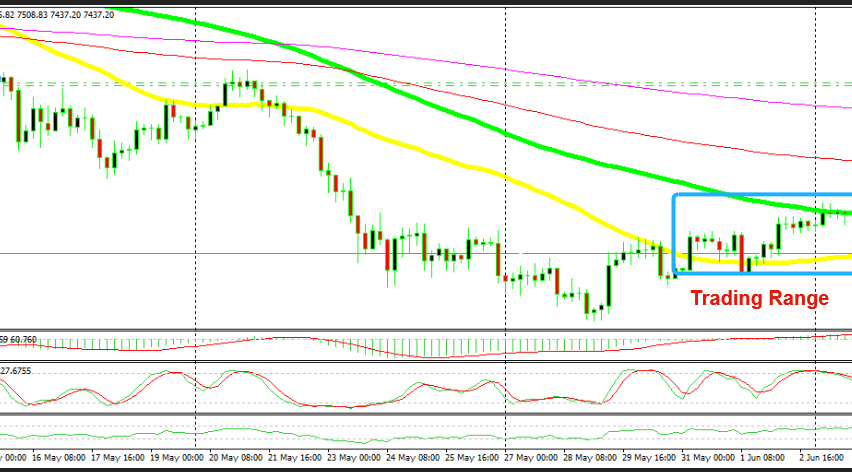 Cryptocurrencies have been on a strong bearish trend in May, but the trend turned bullish last week. Bitcoin and other major cryptos followed an uptrend during the previous week, although the trend wasn’t really strong if you compare it to the downtrend of the previous weeks.

The 50 and 100 SMAs are strong support and resistance indicators

The buyers failed to break above it though. The 100 SMA resisted and now we see Bitcoin heading back down to the 50 SMA again. It took a bearish turn last night and at the moment we are just above the 50 SMA.

Now, if the uptrend is to remain intact, the 50 SMA should hold. The stochastic indicator has become oversold so the retrace lower looks complete. This seems like the perfect setup for a buy forex trade. The problem is that last week’s climb, which we consider as an uptrend, might actually be just a pullback of the bigger downtrend.

We can’t know that at the moment. The price might reverse back up, or it might continue further down, judging by how quickly the reverse down has happened. So, all we can do now as forex traders, is to pick a side and play with money management techniques.