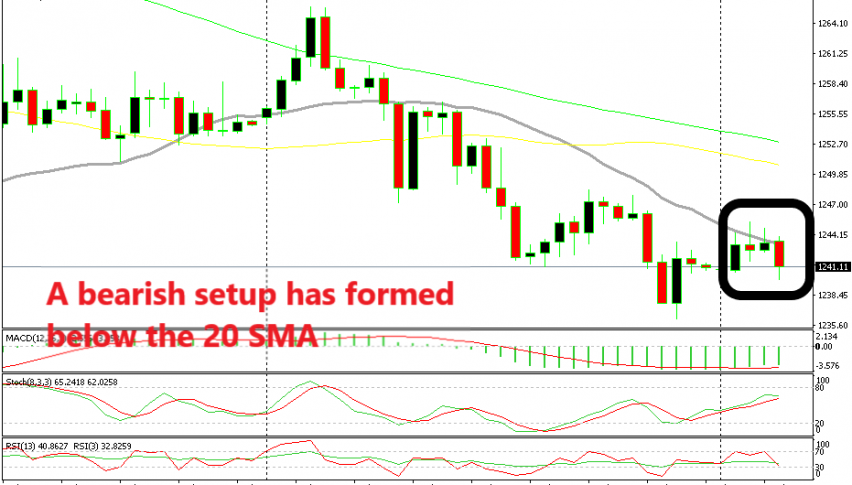 The downtrend has resumed again

Gold (XAU) has been trading on a bearish trend for a few months now. The last major wave of selling took place last week as Gold lost around $30 from top to bottom. That came as the USD index kept climbing higher.

The USD index (USDX) continues to slide lower at the moment, but the pullback in Gold seems to have ended. The stochastic indicator is not overbought yet, but it is pretty close to the overbought area, so the buyers have noticed it and are reversing their trades.

The reverse came right at the 20 SMA (grey). The 20 SMA has provided resistance before and it is doing the same today. The previous two candlesticks closed as doji/hammer both of which are reversing signals, particularly after a retrace during a downtrend. After those two candlesticks, a big bearish candlestick followed. So, it seems as the retrace up is complete and the bears are back in charge here, which looks like a good opportunity to go short with a stop above $1,245 which is today’s high.