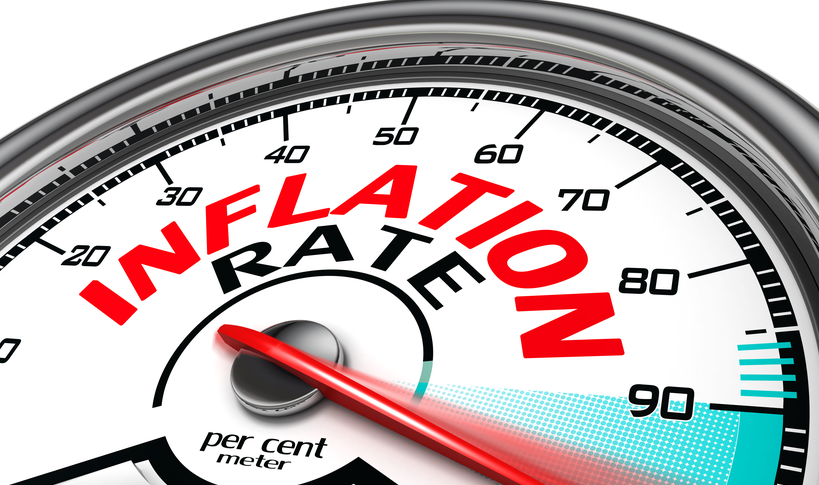 Draghi missed on his inflation forecast for this month

From the price action that we have seen in the European session, we can conclude that today is an extension of last Friday. Major currencies made a slight bullish turnaround in the US session and ended the day up against the Buck. Today, the USD is still under some light pressure. Commodity currencies have been trying to make some gains against the USD, although they are only marginally higher. The Euro, on the other hand, is continuing higher with EUR/USD trying to break above 1.17 at the moment.

In Europe, it is an inflation day as CPI (consumer price index) figures got released. Last week we heard Mario Draghi say that the softening of the Eurozone economy was just a one-off after the strong jump in exports at the end of last year. He also sounded quite optimistic about the inflation outlook, but today’s numbers don’t agree. German and Spanish inflation numbers came a bit on the soft side, although let’s have a look at them.

China Point the Finger Back at the US – China’s State Counsellor added this morning that the trade imbalances between China and the US are not China’s fault and shouldn’t be blamed on China. The root of the trade deficit lies with the US and the US has benefited from trading with China. Sensible comments, but can you make Trump hear them?

BOE’s Carney Takes His Hit at Trump Too – The Bank of England Chairman Mark Carney said that the road of protectionism will cost jobs, growth and stability. He also added that in less than a year there could be a messy Brexit. Negative comments from Carney.

German CPI Inflation – The German regional monthly CPI numbers came out considerably better than last month, but the yearly figures were unchanged or even lower than previous ones, which was mirrored in the main CPI number for the whole country. The yearly German CPI figure came at 2.0% against 2.1% previously, so inflation is not really that great, Draghi.

Spanish CPI Inflation – The inflation has increased in Spain reaching 2.3% on a yearly basis last month. This month was expected to be the same, but it ticked lower to 2.2%, so this is another sign that Draghi might be wrong.

US Pending Home Sales – The US pending home sales are expected to grow by 0.4%, That would be a welcome turnaround, since home sales have declined in the last two months. Although, if we see another negative number today, then the bearish/negative trend will be official.

NAFTA Deal Is Close for Wilbur Ross – The US Commerce Secretary Ross said that NAFTA is the trade deal that is closer to completion, especially the one with Mexico. This guy is partly responsible for the trade war, so I wouldn’t trust him. Probably Mexico has caved in and will come out as a loser on this.

Carney on Bloomberg – Mark Carney was interviewed previously by Bloomberg and the interview has been published today. Carney thinks that removing QE and increasing rates is the right way to go for central banks of large global economies. We know that, but with Brexit and Trump’s trade war, things could go the other way pretty quickly. 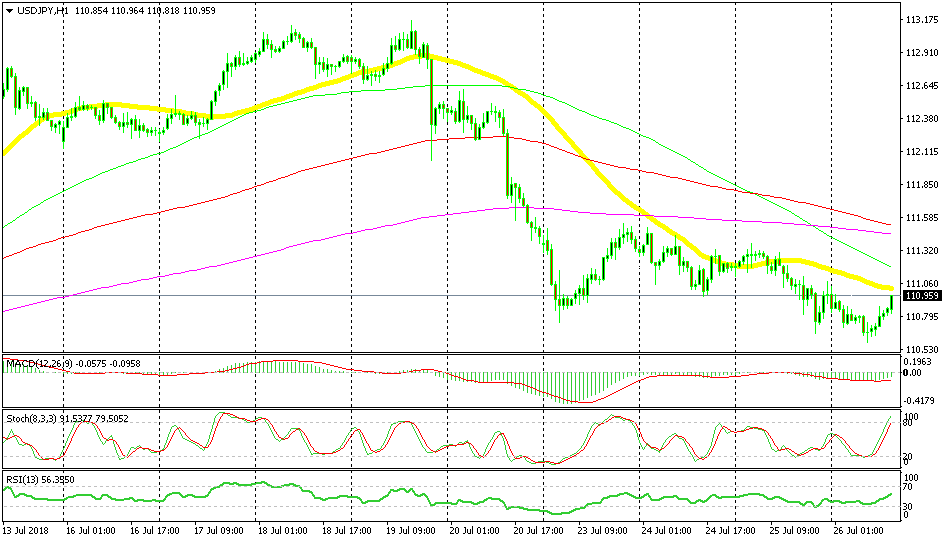 We sold USD/JPY last week as this pair was retracing higher on the daily chart. USD/JPY slipped lower on Friday but the price missed our take profit target by only a few pips and it moved back up. Although, the picture is starting to turn bearish again as stochastic is turning lower. The last two candlesticks formed two dojis, which are reversing signals after the small uptrend this morning. The price slipped below the 100 SMA as well. This moving average was providing support in the first half of last week and it might turn into support now, therefore we remain bearish on USD/JPY.

The inflation from Germany and Spain didn’t meet Mario Draghi’s expectations today, although we will see in the coming months whether Draghi’s words materialize. The markets have been really quiet today and I expect them to become calmer as the US session heads toward the close.