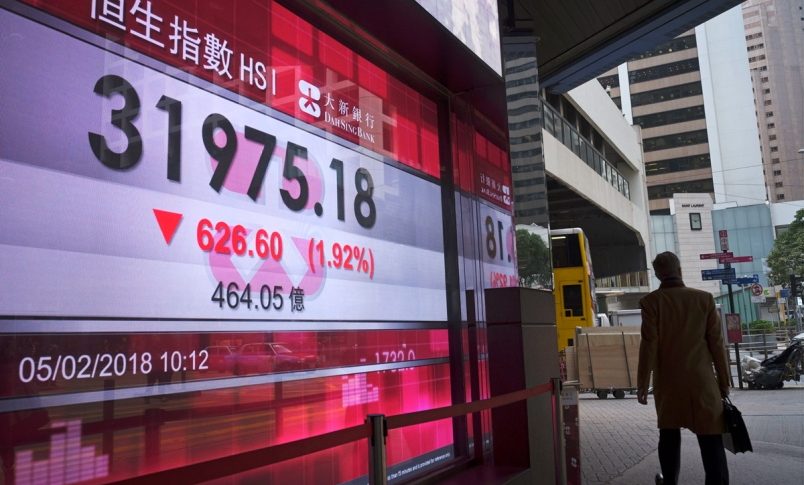 Stock resume the bearish trend as Lira resumes the fall

Early in the Australian morning, the RBA Governor held a speech which my Aussie colleague Rowan covered since he covers the Australian session. The Deputy Governor Ellis spoke in the European session saying that the increase in jobs hasn’t been met by an increase in wages. She showed the example of other major economies such as the US where wages are still lagging and this is likely to continue according to her.

The Turkish Lira has retraced higher in the last few days, but it made another bearish move early in the European session. That sparked some fears in the financial markets again. As a result, the JPY has gained around 60 pips against the USD today while stocks have resumed the downtrend which started earlier this week. A positive surprise came from Canada once again as CPI inflation jumped by 0.5% in July, against 0.1% expected. The CAD has gained nearly 100 pips as a result.

RBA Deputy Governor Speaks – Ellis of the Reserve Bank of Australia said earlier that while the economy and job positions grow, the increase in wages is expected to remain slow. She brought forward the situation in the US as an example. She has a point, this will go on for some time, if not forever until something is done.

Eurozone Current Account – The current account grew to 23.5 billion Euros against 23.2 billion expected. The previous month was revised higher to 24.4 billion Euros from 22.4 billion. That gave some support to the Euro this morning.

Eurozone Final CPI – The annualized consumer price index ticked higher to 2.1% from 2.0% last month. Inflation has increase nicely from around 1.3%-1.4% in spring and it is now above the ECB’s 2% target. But, core inflation remains pretty low at 1.1%

US to Pressure China to Weaken the Juan – The New York Times had a report this morning saying that the US has been unhappy with the way Chinese officials have been devaluing the Yuan recently. USD/CHN has gained around 10% value since early spring when Trump decided to go ahead with the trade war, so I don’t think the Chinese will take that seriously, especially when the US is about to place tariffs on another batch of Chinese products worth $200 billion.

Turkish Lira on the Slide Again – The Turkish Lira has been recuperating in the last three days, but we knew that the decline wasn’t over. Today, it started reversing back lower and USD/TRY gained around 10%, which turned the market sentiment negative and as a result, stocks started to slide lower again.

Canadian CPI MoM – Canadian consumer price index jumped by 0.5% in July against 0.15 expected. The core number also came higher at 0.2%, up from 0.1% in June. This was a surprising jump and the CAD has entered a bullish phase now, meaning USD/CAD has turned bearish.

Canadian CPI YoY – Core common CPI YoY came at 1.9% as previously, while the core trim CPI YoY came at 2.1% against 2.0% expected. So inflation climbs above the target of the Bank of Canada then. Rate hikes immediately jumped and now a rate hike in October is almost certain.

US Housing Starts – Building permits came as expected at 1.31 million but house starts missed expectations. They were expected to increase by 1.27 million but instead the actual number was 1.17 million. Another soft data from the US and the USD lost a handful of pips.

Canadian Services – The Canadian services report came together with the inflation report and it was yet another surprise from Canada. Despite tariffs from the White House administration, services jumped to 3.2% YoY from 2.2% previously. 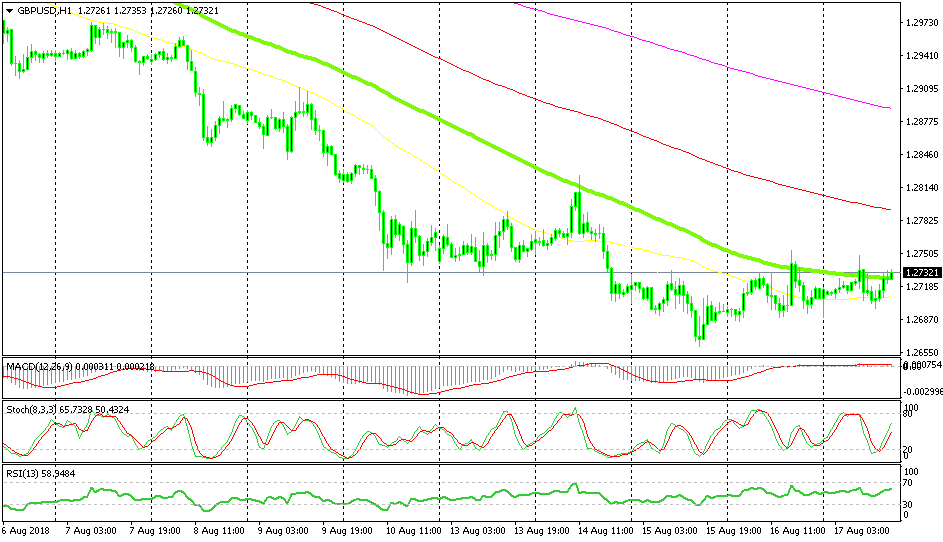 While risk currencies are making the best of the USD weakness today and are moving considerably higher, the GBP is not exactly doing that. The climb is almost over and the 100 SMA is providing resistance on the H1 chart. The main trend is still bearish and stochastic is almost overbought now, so I assume the bearish trend will resume again soon.

The USD started to retrace lower yesterday and it is continuing to slide today. Although, I don’t think this will last too long, so be ready to get long on the USD when the reverse happens. The difficult situation in Turkey is far from over since it is fundamental, so there will be another panic wave in the near future in my opinion.