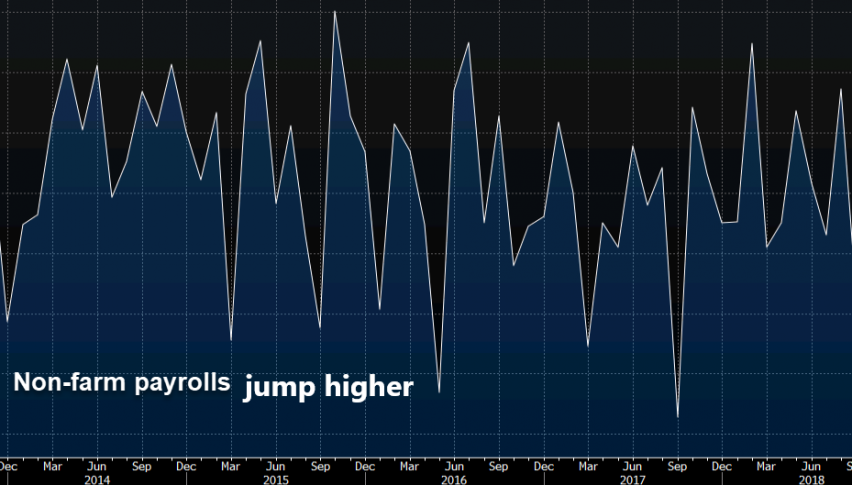 Employment jumps higher in the US

The US employment report was released a while ago while I was posting the European session forex brief. We covered it live on our forex calendar if you want to go and have a look at it. At first glance, it looked pretty bad as the unemployment rate jumped two points higher to 3.9% from 3.7% previously.

But if you look at the details of this report where the devil hides, things are not that bad. Instead, this report was pretty good. Earnings jumped by 0.4% in December while non-farm employment change surged 312k higher, against 179k expected. Let’s see all the numbers in the table below:

Average hourly earnings increased by 0.4% in December which is the biggest monthly increase for this year together with the increase in August. The YoY average earnings also increased to 3.2% form 3.0% previously. Non farm employment change surged higher by 312k. Although, yesterday’s jump in ADP employment gave the market a hint for today’s main employment figures. So, it is a positive report overall and the USD has reversed to bullish now.

Can we now conclude that dollars will continue to put on strength against the major pairs knowing fully well that the investors are a bit skeptical about buying dollars ? I have made comments on two of your analyses today but You have not replied any , why ?

Hi Olayiwola, yes the investors are a bit skeptic of buying the USD but that’s just in the short term because in the long run the USD is the only currency to buy, because the all the major economies are in trouble apart from the US. I think that the USD will resume the long term bullish trend at some point.