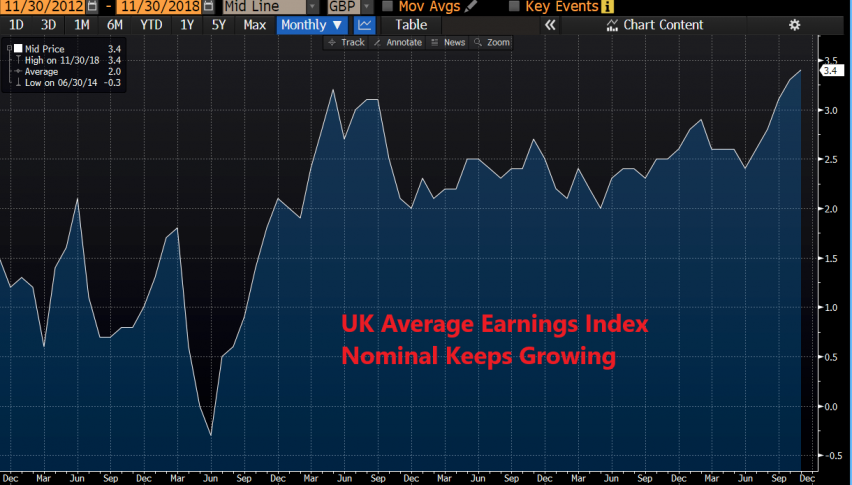 Great Data from UK, but One Chart in Particular Looks Gloomy

The UK employment and earnings reports were released just a while ago. They were pretty good as the unemployment rate ticked lower to 4.0% in November from 4.1% in the previous month, while the average earnings index ticked higher to 3.4% from 3.3% in October. Let’s just list the details in the table below:

As you can see, most of the numbers are green apart from the average earnings index ex-bonuses, which are also growing at a pretty fast pace. Although, what we can see from these figures is that earnings increased in November due to bonuses, but that’s not a bad thing anyway. What’s worrying is the chart below. 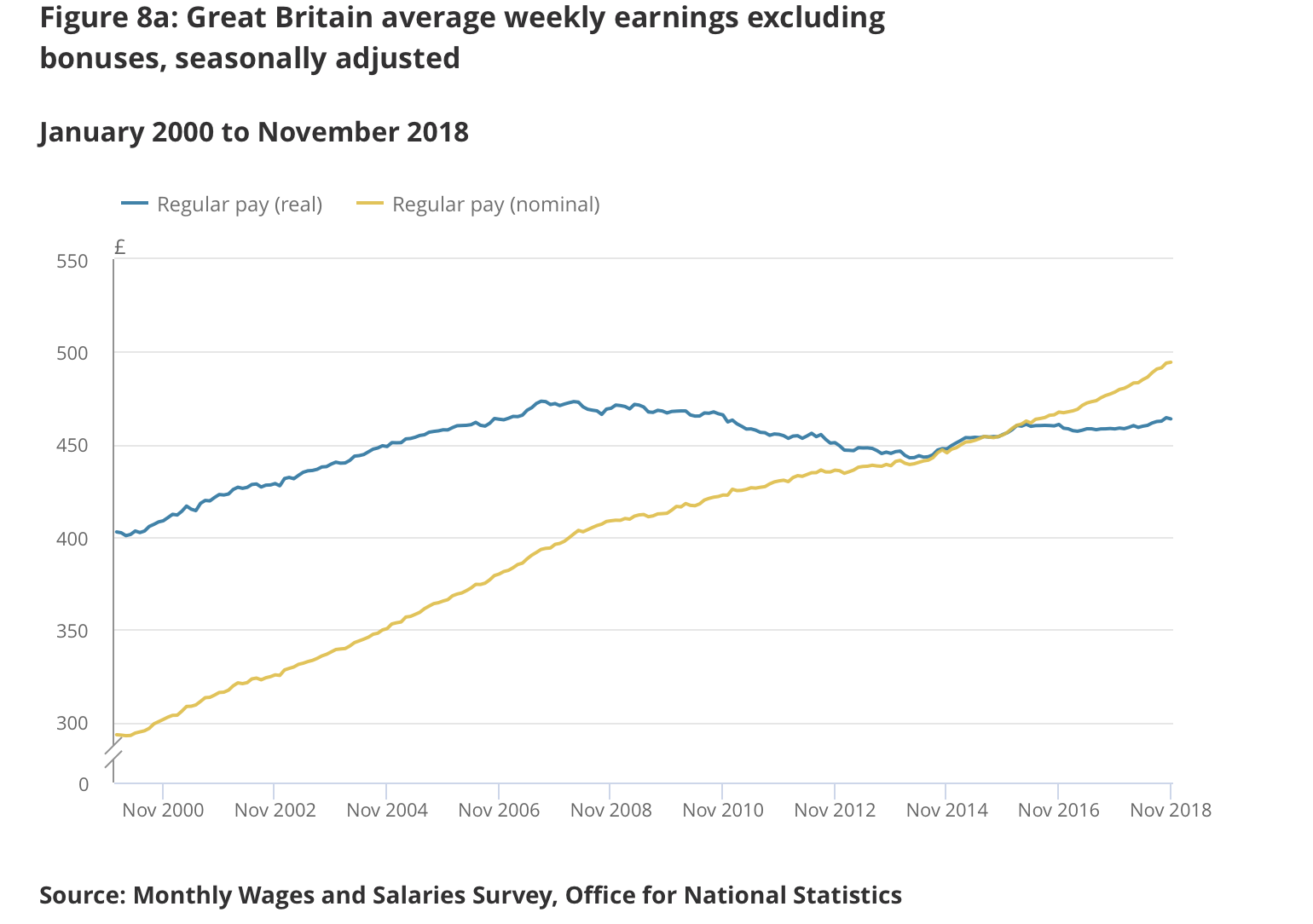 This means that inflation has been growing pretty fast as well and probably faster than the growth in wages. This has left real earnings subdued, despite ever growing nominal earnings. If you live in UK, particularly in the Southeast and in London, then you know.

Food prices keep growing; I used to fill my trolley in Sainsbury’s or Tesco with £30-$40 less than two decades ago. Now you can’t fill it with £200 worth of the same products. Don’t get me started about house prices which keep rocketing.

So, that’s the real problem which will come to bite the British economy and politics on the backside in the long run, never mind Brexit.