EUR/JPY has edged lower during the Asian session. The pair traded at 124.400, down 0.19%, but recovered soon. The Japanese Prime Minister, Shinzo Abe, and the Bank of Japan (BOJ) have come under fire over inflation levels, which have firmly settled well below the target of 2.0%, despite the BoJ’s ultra-loose monetary policy.

Shinzo Abe covered the policy, saying it had served to create jobs and had helped the economy. Meanwhile, the BOJ has announced that the inflation target remains tricky due to weak oil prices and the public’s deflationary mindset. 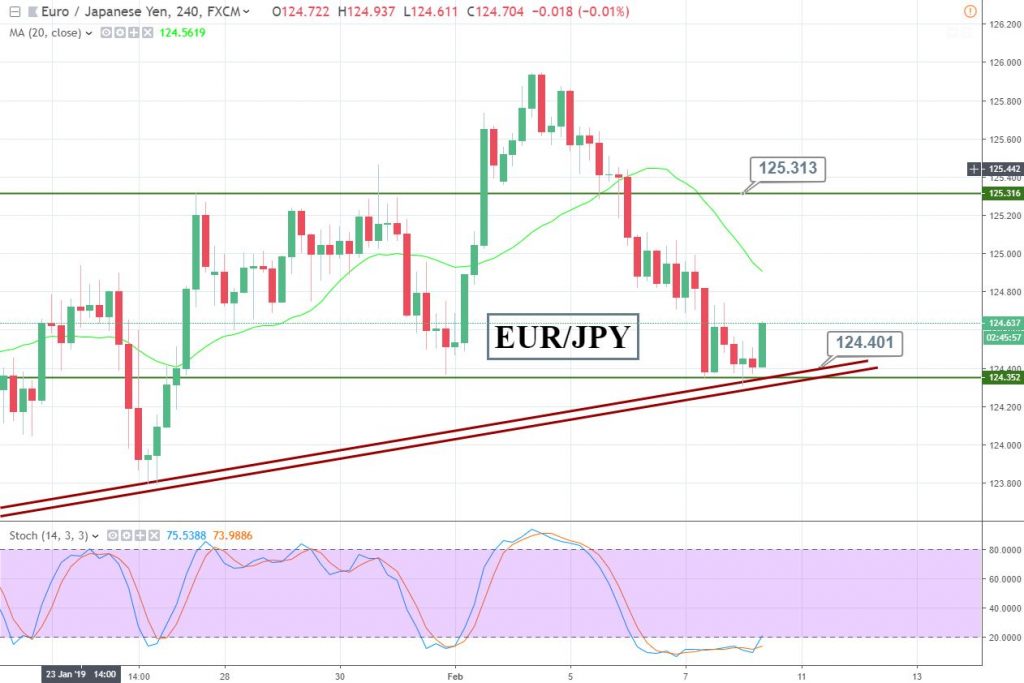 On the technical side, the upward trendline is extending strong support to EUR/JPY at 124.400. The same level is also working as double bottom support and typically this kind of pattern triggers bullish trend in the market.

Forex Signals Brief for July 25: Markets to Shift to the FED 75 bps Rate Hike This Week
4 weeks ago