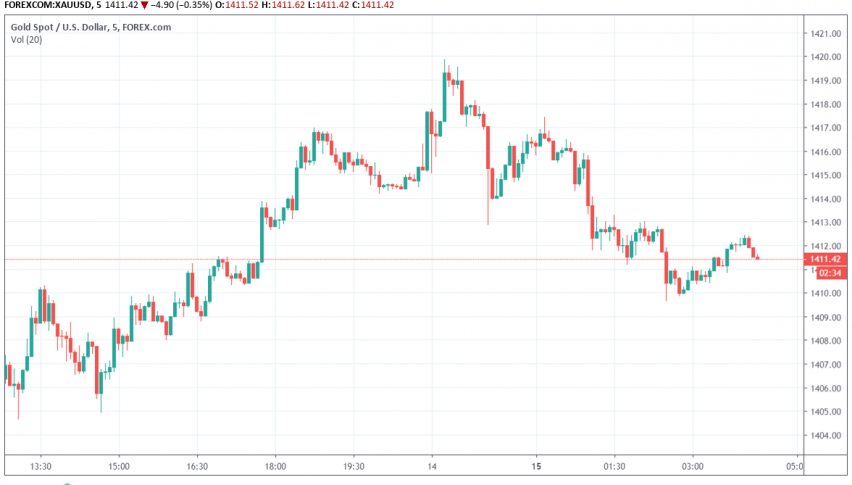 At the beginning of a brand new trading week, GOLD held steady early Monday morning while waiting for key economic data releases from China. On the release of Chinese Q2 GDP figures, gold remains mostly unchanged and is now trading at a little below $1,412 at the time of writing.

The Q2 GDP came in as expected, growing at 6.2%, the slowest pace of growth since 1992. The rise in gold prices remain muted over stronger than expected growth in factory output and retail sales, even amid the ongoing trade dispute with the US.

Moreover, a weaker dollar over increased expectations for a rate cut by the Federal Reserve soon are supporting gold prices. Even though negotiations have resumed, markets are yet to hear any confirmation on progress in negotiations between the US and China on their trade issues. Until some positive news is released, the safe haven appeal of gold will continue to remain strong in global financial markets.