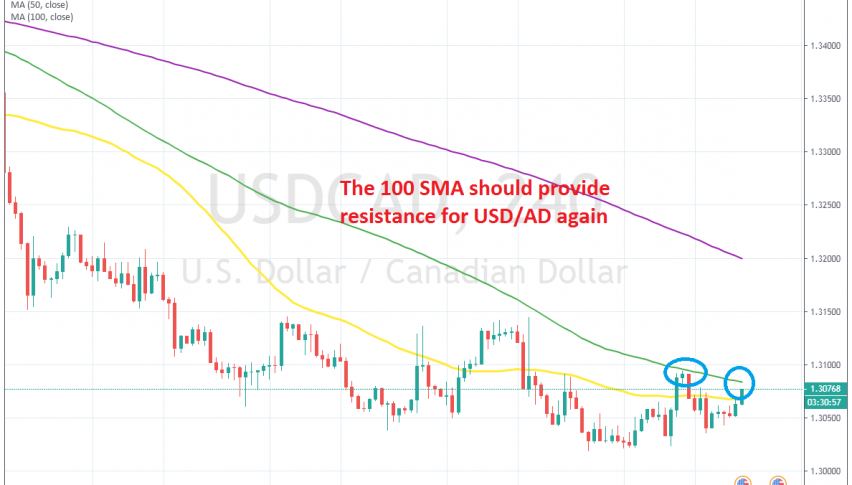 Ready to Go Short on USD/CAD?

USD/CAD has been on a strong bearish trend during June as crude Oil prices turned bullish, climbing around $10. Geopolitical tensions between Iran and the US helped Oil prices move higher which in return, help the CAD as a commodity currency, hence the decline in USD/CAD last month.

This month, the trend has slowed as Oil prices fail to hold on above the $60 level, but the trend continues to be bearish in USD/CAD . It has surely slowed and the 50 SMA (yellow) has been broken on the H4 time-frame, but the 100 SMA (green) has been holding on, providing resistance for this pair.

We opened a sell signal at this moving average earlier this week which closed in profit as this pair reversed from the 100 SMA. Now the price is heading for this moving average again which now stands at 1.3080s  and I am getting ready to enter again on the short side. The H1 chart is already really overbought and the H4 time-frame chart is becoming overbought, so a reversal is expected soon, but i will wait for the price to reach the 100 SMA first.