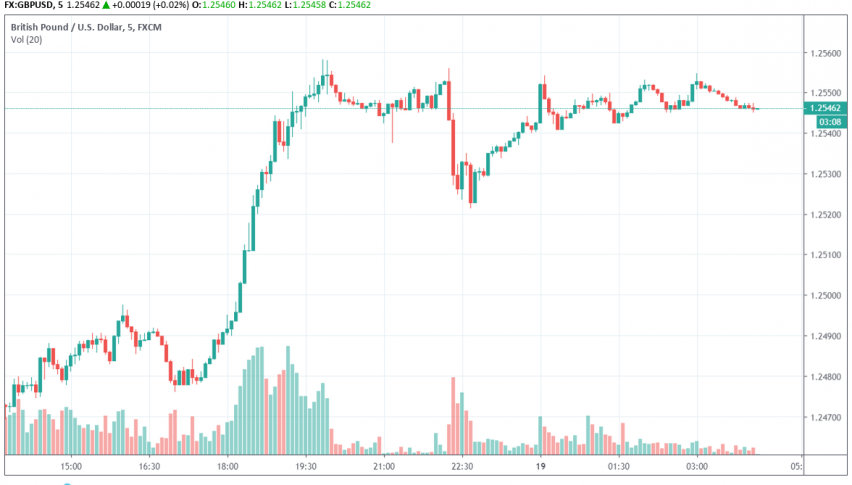 Thursday was a good day for the Pound after several days of weakness over Brexit uncertainties, with GBP/USD gaining some ground over a strong retail sales report from the UK. At the time of writing, GBP/USD is trading at 1.254.

The Sterling also strengthened over British MPs stepping and trying to stop Boris Johnson from taking Britain out of the EU without a deal. Boris Johnson has previously suggested that he would consider suspending the parliament in October to force a no-deal Brexit. A majority of MPs approved an amendment that blocks the possibility of suspension between October and December.

In June, UK’s retail sales posted a strong rebound, growing 1% MoM and beating expectations which were for a 0.3% decline, after two consecutive months of contraction. This data has offered a much needed boost to the UK economy, which was headed towards contraction in Q2 2019.