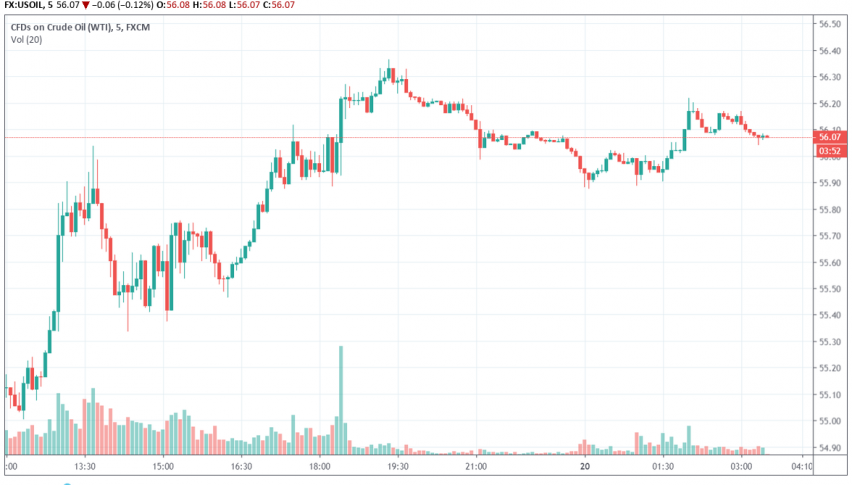 WTI crude oil prices are trading slightly lower on Tuesday, but remain supported over expectations of a possible easing in US-China trade tensions and a rally in global stock markets. At the time of writing, WTI crude oil is trading at around $56.07 per barrel.

On Monday, the US government announced an extension of the temporary reprieve granted to Huawei, which would allow the Chinese tech company to continue procuring components from American tech companies to service existing customers. This was taken as a positive development in the trade war, giving markets hope that US and China would work towards resolving their differences soon.