The trade deal between US and China is looking more and more like Brexit, especially as both events head towards a deadline, which no one knows for sure when it will be. We have heard promising comments for Brexit which have turned the GBP bullish, only to be refused later on, which in turn, sent GBP down.

Yesterday we heard that the EU was going to make a concession on the Irish border issue and the GBP surged nearly 100 pips higher. But, the DUP Party or Northern Ireland refused it and both sides backed off, which sent the GBP back down near the lows. Today, the UK PM Johnson and the Irish PM Vadarkar have released a joint statement and the GBP is running away with it once again. below is the statement: 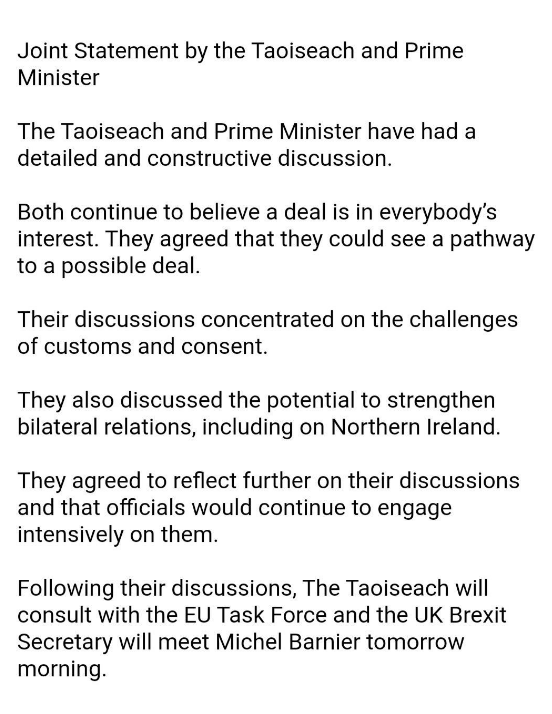 The statement has a positive tone overall. Actually, the fact that they are releasing something together is a positive event for Brexit, because all sides have been so apart form each other all this time. The GBP is nearly 100 pips higher once again, so GBP traders, beware.