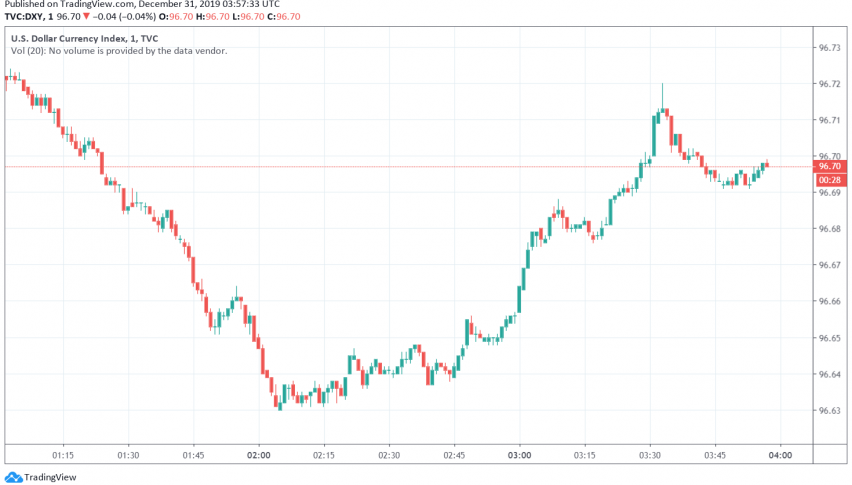 The US dollar is trading steady against its major peers early on Tuesday after sliding below the key 97 level last Friday. At the time of writing, the US dollar index DXY is trading at around 96.

The US dollar index is on track for an annual gain of less than 0.6% so far this year, the smallest level of increase seen in the greenback in six years. In 2018, the dollar had gained 4.4% of its value against other major currencies as the US economy expanded at a rapid pace.

In 2019, however, the US dollar has traded under pressure over the prolonged US-China trade war. Meanwhile, the dollar started to weaken in recent weeks after both countries announced that they were ready to sign the phase one trade deal shortly.

This news turned things around for the greenback, taking away its safe haven appeal, as traders opted for riskier currencies instead as the mood in the markets was boosted. Commodity currencies like the AUD and the NZD are currently trading near five-month highs while the improved risk appetite in global financial markets has sent EUR to a four-and-half month high against the dollar.