EUR/GBP COntinue the Downtrend, as it Returns Below the 50 Daily SMA Again - Forex News by FX Leaders 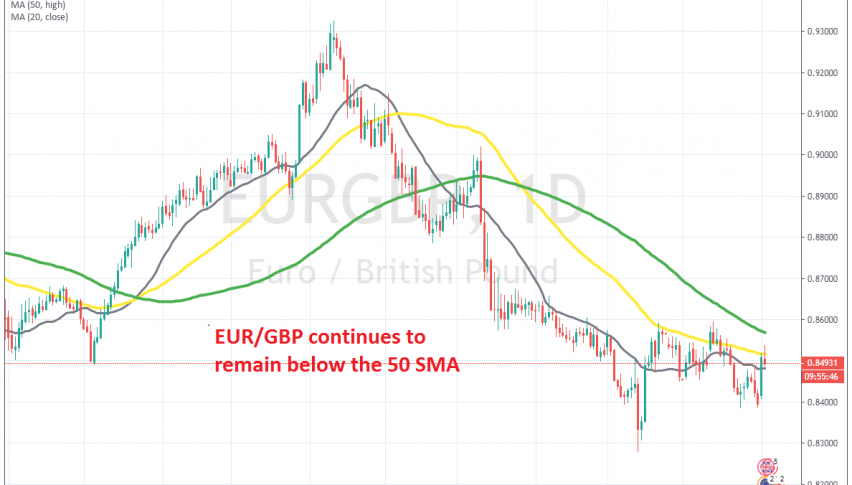 EUR/GBP COntinue the Downtrend, as it Returns Below the 50 Daily SMA Again

The price has slipped below the 50 SMA again

EUR/GBP has turned bearish in late August, after manufacturing fell deeper into recession in Germany and the Eurozone, which forced the ECB to turn even more dovish. They cut deposit rates further in September and started another QE programme in November, which has been keeping the Euro bearish.

The GBP, on the other hand, turned bullish after UK elections in December. It has cooled off somewhat this month, but it is still bullish, especially compared to the Euro. Moving averages have turned into resistance now, with the 50 SMA (yellow) doing that job a few times and the 20 SMA pushing lower when the downside picked up pace.

Yesterday we saw this pair retrace higher and the price moved above the 20 SMA. The 50 SMA (yellow) provided resistance for some time, but buyers pushed above it as the GBP was sliding. But, the price has returned below the 50 SMA now on the daily chart, so the larger bearish trend will likely continue for this pair.