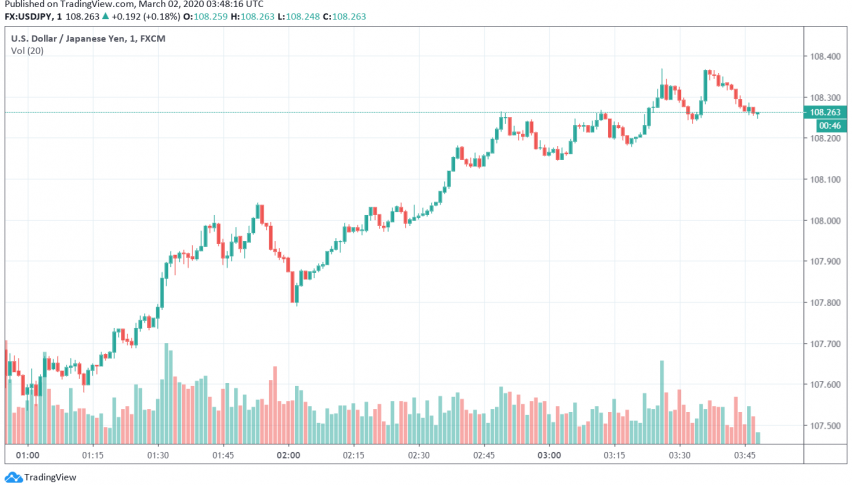 Factory activity in Japan shrank at the fastest pace in almost four years during February as a result of the coronavirus outbreak in China and other parts of the world. The Jibun Bank Manufacturing PMI declined to a seasonally-adjusted 47.8 in February from the final reading of 48.4 in January, the lowest level seen since March 2016.

The contraction in Japan’s manufacturing sector continued for the 10th consecutive month, the second longest period of contraction since the 16-month period of shrinking seen during the financial crisis back in 2009. What’s even more disconcerting is that Markit expects Japan’s industrial sector to remain under strain for the near future, amid sharp decline seen in demand.

Japan’s manufacturing sector is heavily reliant on the trade relationship with China, and with China experiencing extended lockdowns in a bid to contain the spread of the virus, demand for Japan’s goods have also declined. New export orders shrank for the 15th straight month in February, even as overall output and work backlogs fell lower.

Following the release of this news, the Japanese yen is trading weaker against the US dollar over rising worries of an economic slowdown in Japan, the world’s third biggest economy. At the time of writing, USD/JPY is trading slightly bullish at around 108.26.

Is the Bearish Trend Over for USD/JPY?
14 hours ago