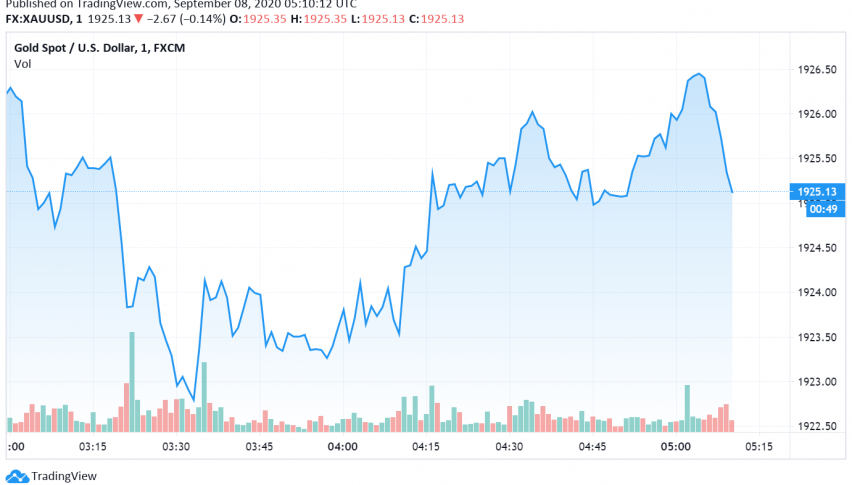 On Tuesday, gold prices have eased slightly lower on account of recent gains in the US dollar; however, they remain supported over continued concerns about economic recovery in the wake of the coronavirus crisis. At the time of writing, GOLD is trading at a little above $1.925.

In the previous session, the US dollar gained around 0.2% against its major peers, sending gold weaker. Gold shares a negative correlation with the dollar, and weakens whenever the currency gains as it makes the yellow metal more expensive for holders of other currencies to purchase.

However, gold remains supported and losses remain limited as a result of reigning worries about economic recovery post the pandemic. GDP data released from Japan earlier today revealed a greater than expected contraction in its economy during Q2 2020, while German industrial output grew at a slower than forecast pace, spelling trouble for Eurozone’s largest economy.

In addition, US-China tensions also keep gold prices supported after US President Donald Trump once again broached the idea of decoupling both countries’ economies. Recent reports on the New York Times also suggest that trade tensions could build up again as the US is considering a ban on cotton produced by the Xinjiang region in China over alleged human rights violations.

Daily Brief, Sept 18 - Everything You Need to Know About Gold on Friday!
16 hours ago