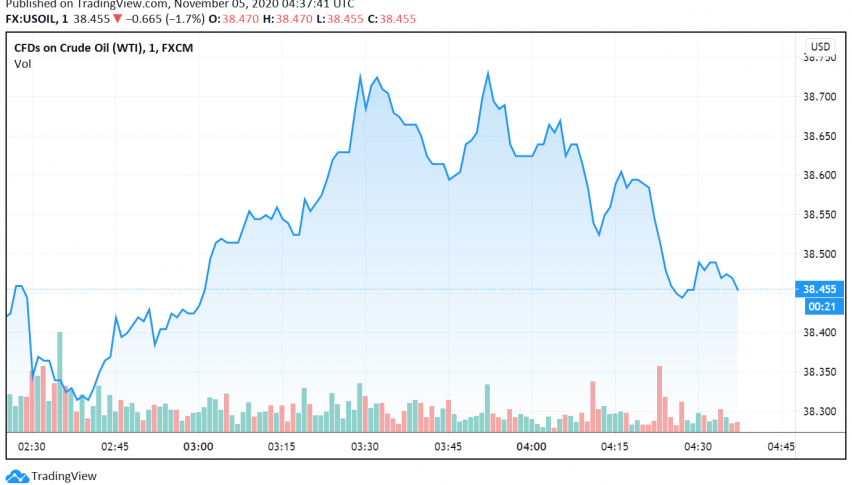 WTI crude oil prices have weakened in early trading on Thursday, suffering on the back of a stronger dollar amid rising expectations that Democrat Joe Biden could win the US presidential election but Republicans could hold on to power in the Senate. At the time of writing, WTI crude oil is trading at around $38.45 per barrel.

This prospect has sent crude oil prices lower as it could reduce the likelihood of the US government unleashing a large fiscal stimulus package as previously hoped. Lower financial aid could reduce the demand for oil among US consumers and has soured the sentiment in oil markets for now.

Analysts expect crude oil to trade volatile over the coming days until the results of the presidential election emerge clearly. The uncertainty is likely to increase volatility in the US dollar, and crude oil prices, being sensitive to the greenback, are also expected to see movement as a result.

During the previous session, oil prices had strengthened over rising hopes that OPEC and its allies could delay increasing production beyond January in the wake of the second wave of the coronavirus pandemic. In addition, the EIA had reported a greater than expected drop in US crude inventories over the past week, lending further support to WTI crude prices.