Buying the Retreat in Crude Oil at the 20 SMA

Besides that, there is strong buying pressure around this area. We saw a bounce to $76.40 in US WTI Oil and after falling to $75.30 the price is bouncing again pretty quickly off the lows. So, we opened a trade here, since Oil has been showing great resilience since April last year, despite the push for renewable energy and electric vehicles. The retreat today came after Cramer was speaking on CNBC a while ago, pumping oil stocks and I’m reminded of what he said last year: 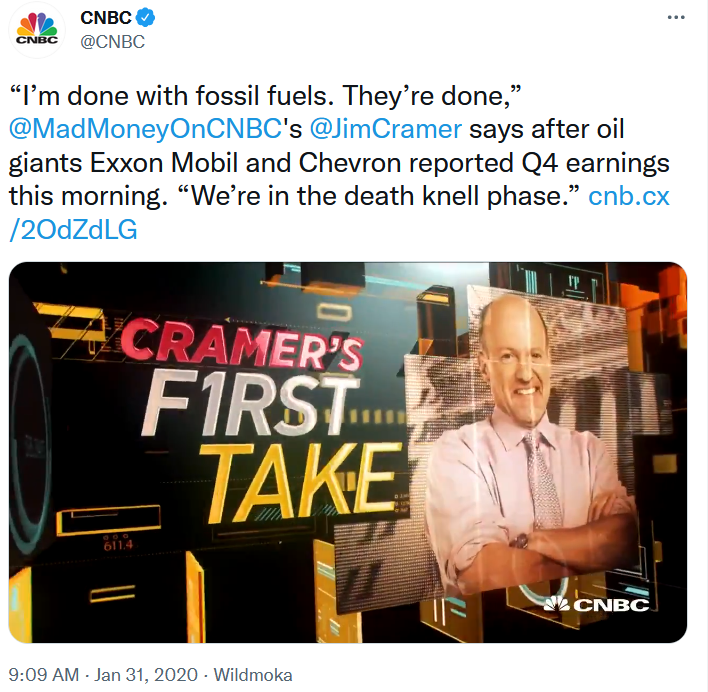 Evidently, I’m not the only one as oil bulls have been dunking all over him today. As fun as it is to make fun of people who have been wrong about markets (I’ve had my share of misses), the point here is that you certainly don’t see people taking victory laps at the bottom.

Does it mean we’re at the top? It undoubtedly shows some exuberance from energy bulls. What’s interesting though is that oil stocks are still insanely cheap, many trade at +20% free cash flow yields and some 30%. And that’s at $70 oil not $80.

That’s what Cramer is seeing and it’s undeniably good value if crude can stay flat. So while newfound crude and natural gas commodity bulls might be walking into a trap, there’s money to be made as the people who wrote the industry off are now fomming. 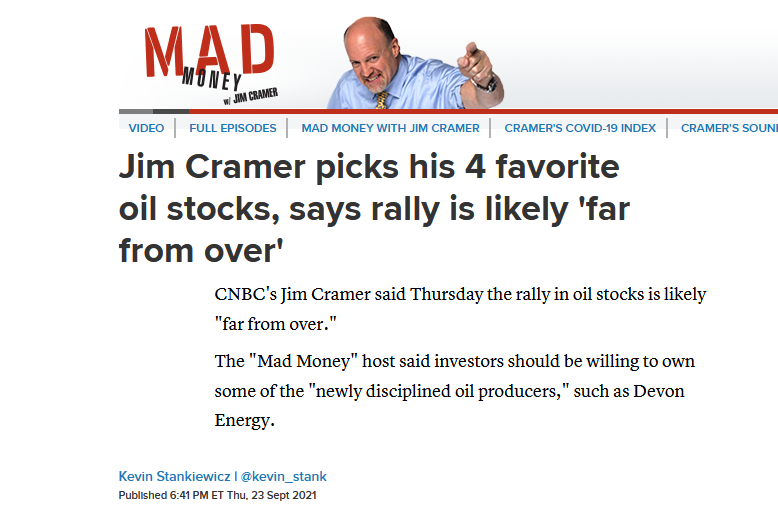 One person who deserves to be dunked on in oil is Cathie Wood, who in May said she would be ‘surprised’ if oil hit $70 again because it would spark a shift to EVs. That shows such a lack of understanding of so much. She said that when crude was at $65, so on volatility alone it was a bizarre call. But did she also think that the next day people would part their gas burning cars and buy EVs? Does she realize that transportation is only 17% of oil demand?

Making a call on oil demand without recognizing the supply factor is asking for derision.

Good Time to Buy US WTI Crude Oil, As It Bounces Off the 100 SMA After Last Week's Retreat?
2 weeks ago