Did Grayscale’s Report Help or Hurt Cardano (ADA) in the Near-Term? - Forex News by FX Leaders 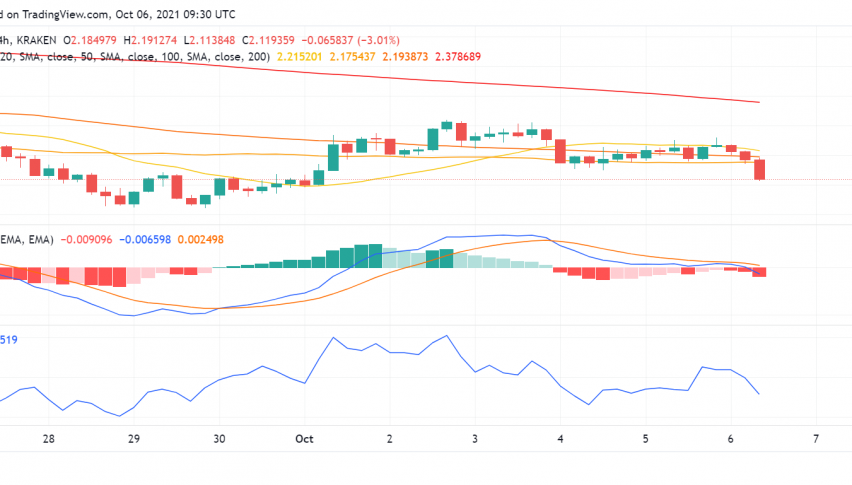 Did Grayscale’s Report Help or Hurt Cardano (ADA) in the Near-Term?

Cardano (ADA) is seeing some bearish action on Wednesday after seeing some slightly muted moves over the past several sessions, but could be getting ready for a leg up soon, supported by promising fundamentals and technicals. At the time of writing, ADA/USD is trading around $2.12.

Although it has slipped down from the third position in terms of market capitalization, Cardano could soon see some renewed investor interest building up after it was featured in Grayscale’s latest monthly report extensively. Given that this cryptocurrency is the third-largest holding of the digital asset management firm in its Large Cap Fund, the in-depth analysis indicates sustained interest in it as a promising investment opportunity. Grayscale’s report suggests that Cardano is undervalued at its present price, which could point to an upcoming spike in its investor interest and value in the coming months.

On the fundamentals front, Ravendex has unveiled its plans to launch Cardano’s first non-custodial DEX, allowing users a highly efficient way to transfer liquidity and assets between native tokens supported on its blockchain with ADA. This is another upcoming DeFi protocol that will soon be up and running on Cardano’s ecosystem following its recent Alonzo upgrade which has given it the power to process smart contracts.

Another encouraging development that can support bullish moves in Cardano soon is fintech platform COTI’s recent partnership with payment processing gateway Simplex to enable transactions from bank accounts and Visa debit cards on its blockchain network. This partnership will allow users access to crypto-friendly bank accounts – a first step in bridging the divide between CeFi and DeFi, and make it easier for them to perform crypto transactions for payments. COTI is also working to create Cardano’s official stablecoin Djed.

Meanwhile, Drunken Dragon Games’ NFT project on Cardano is attracting considerable coverage as well as interest among users. Available in the form of tradable tokens on the blockchain, the first series of pixel tiles have already been sold out and has already seen users stake 11 million ADA through September.

According to popular crypto strategist and trader Michaël van de Poppe, Cardano looks set to bounce higher from its recent lows against Bitcoin. Another popular trader Benjamin Cowen expects ADA to go as high as $4.5 and beyond if Bitcoin rallies in the last quarter of the year.

On the 4-hour chart of ADA/USD, moving averages and leading technical indicators MACD and momentum suggest a strong bearish bias. Cardano’s price has broken down under the pivot point at $2.19, although it is holding above the support at $2.07 for now.

We have to keep a close eye on this level as further selling pressure can see a test of it. On the other hand, an entry of buyers into the market now can see ADA reverse direction and head back up again.