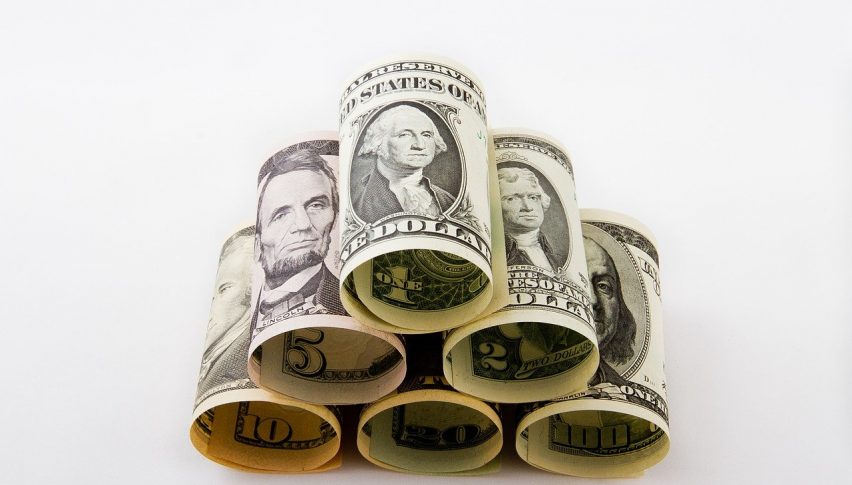 The broad-based US dollar hit its highest level in more than a year on Friday and is expected to finish the week on a positive note after data showed that more jobs were created in the United States in October than expected, giving the US Federal Reserve more evidence that the economic recovery has regained traction. Last month, nonfarm payrolls climbed by 531,000 jobs, exceeding the 450,000 jobs predicted, as COVID-19 infections declined.

August and September data were also revised upward, indicating that an additional 235,000 jobs were created during those months. The safe-haven currency gains might be erased as risk appetite increases and markets stage a broad-based recovery. The dollar was recently down 0.057% at 94.271, but it was still up 0.14 percent for the week, highlighted by a series of central bank meetings that caused investors to reconsider their rate hike forecasts.

Looking ahead to the week ahead, the series of CPI m/m and BOE Gov. Bailey Speaks, as well as Fed Chair Powell Speaks, is sure to generate enough news to keep the markets moving. Furthermore, geopolitical tensions and coronavirus headlines will be constantly monitored, as they may play a crucial role in determining market risk levels.

The Top Economic Events to Watch This Week

In New York City, he also worked as a lawyer and an investment banker. Powell was a partner at The Carlyle Group from 1997 through 2005. He has greater power over the nation’s currency value than anybody else as the central bank’s head, which regulates short-term interest rates. As a result, the hawkish tone is positive for the US dollar, while the dovish tone is seen as bearish.

The current Governor of the Bank of England is Andrew Bailey. On March 16, 2020, he began his adventure after Mark Carney’s session. Before being chosen, he was the Chief Executive of the Financial Conduct Authority. From April 2013 until July 2016, this British central banker served as the Bank of England’s Deputy Governor, and from January 2004 to April 2011, he served as the Bank’s Chief Cashier.

He controls short-term interest rates as Governor of the central bank, which means he has more influence on the pound’s value than anyone else. This is why traders pay great attention to his public appearances, as they frequently give specific hints about future monetary policy. As a result, the hawkish tone is interpreted as positive for the GBP currency, while the dovish tone is interpreted as bearish.

The Zentrum für Europäische Wirtschaftsforschung (ZEW) publishes the German ZEW Economic Sentiment. It gauges institutional investor sentiment, indicating the difference between optimistic investors’ shares and pessimistic analysts’ shares. The upward readouts indicate that the proportion of optimists outnumbers the proportion of pessimists. Typically, an upbeat outlook is regarded as bullish for the euro. The negative opinion, on the other hand, is interpreted as bearish for the EUR.

The US Bureau of Labor Statistics usually publishes this information, which examines the retail prices of a representative shopping basket of products and services to determine price fluctuations. The rate of inflation influences the purchasing power of the US dollar. As a result, the CPI is viewed as an essential indicator for tracking inflation and purchasing habits. As a result, rising data is considered positive (or bullish) for the greenback, while falling figures are considered negative (or bearish) for the currency.

ii – Consumer Price Index ex Food & Energy (MoM) – The US Department of Labor Statistics’ Consumer Price Index (CPI) Ex Food & Energy is a measure of price changes based on a comparison of retail prices for a typical shopping basket goods and services. To obtain an accurate computation, volatile products such as food and energy are excluded. A high rating for the USD is generally considered positive (or bullish), whereas a low score is considered negative (or bearish).

The Australian Bureau of Statistics, which measures the change in the number of people employed in Australia, usually releases this information. In simpler terms, an increase in this indicator boosts consumer spending, boosting economic growth. As a result, the high values are considered bullish for the AUD currency, while the low figures are deemed negative (or bearish).

ii – Unemployment Rate: The Australian Bureau of Statistics publishes the unemployment rate, which is the number of jobless employees divided by the total civilian labor force. If the rates are raised, it implies that the Australian labor market is not expanding. As a result, a surge causes the Australian economy to suffer. A drop in the figure is considered favorable (or bullish) for the Australian dollar, while an increase is deemed to be negative (or bearish).