Can Polygon (MATIC) Cross $2 After Fundraising Round? - Forex News by FX Leaders 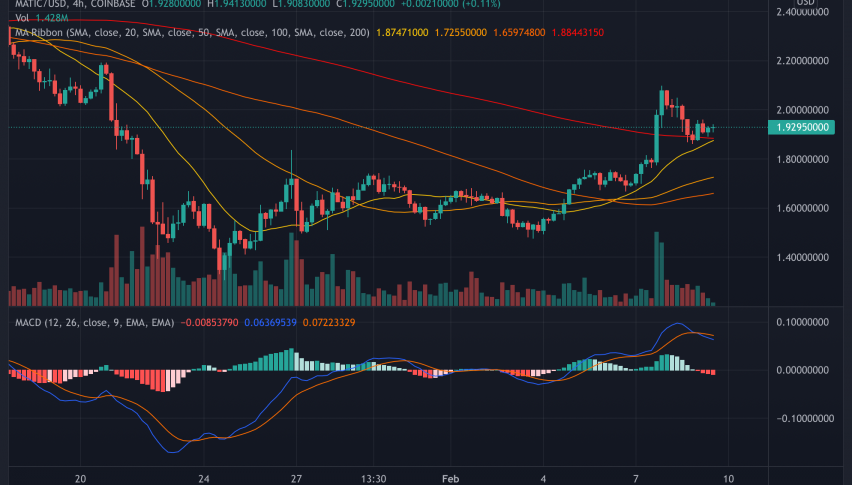 Can Polygon (MATIC) Cross $2 After Fundraising Round?

Polygon (MATIC) continues its uptrend although it seems to have eased slightly lower from a spike, as investors cheer news of its recently concluded and very successful fundraising round. At the time of writing, MATIC/USD is trading around $1.92.

The India-based popular Layer-2 scaling solution for Ethereum has raised $450 million from Sequoia Capital India, Tiger Global, SoftBank and over 40 more VC funds and investors. This was the company’s first major financing round and also saw participation from big names such as Shark Tank’s Kevin O’Leary and Alan Howard, the co-founder of Brevan Howard.

According to Polygon’s co-founder Sandeep Nailwal, “Web3 builds on the early Internet’s open-source ideals, enabling users to create the value, control the network and reap the rewards. Ethereum, scaled by Polygon, will be the bedrock of this next stage in the Web’s evolution. Technological disruption didn’t start with Web2, nor is it going to end there. That’s why we are very excited to see some of the same firms that funded the previous round of innovation now being our Web3 vision.”

Several crypto experts have praised Polygon’s technology, which has offered an attractive ecosystem in place of Ethereum which continues to battle its inefficient PoW status, high fgas fees and network congestion issues. JP Morgan has already issued a warning that Ethereum’s lead in the dApps space could dwindle on account of these challenges, which in turn could be a booming opportunity for Polygon as a promising alternative.

Several experts have pointed out that these challenges have helped drive an influx of developers into the Polygon ecosystem, which offers a more scalable and efficient way to develop applications for Ethereum’s ecosystem. In addition, Polygon Studios’ rising interest in the GameFi and NFT sectors is also poised to help increase the adoption of the blockchain and support the value of the MATIC token in the coming months.

Taking a look at the 4-hour chart of MATIC/USD, we find a bullish bias among moving averages. Although, the leading technical indicators MACD and momentum are pointing to some selling interest among investors.

MATIC/USD
Polygon is trading well above the pivot point at $1.65 and has even broken above two resistance levels at $1.83 and $1.93. Let’s see if buyers can take MATIC past the key $2 level as we can then see a test of the third resistance at $2.21.
Check out our free forex signals
Follow the top economic events on FX Leaders economic calendar
Trade better, discover more Forex Trading Strategies
Related Articles