Ethereum is a blockchain specifically used for smart contract execution, autonomous organizations, and decentralized apps. Everyone has open access to digital money and data-friendly services through Ethereum. It is a community-built technology behind thousands of applications and the cryptocurrency Ether (ETH). Ether is also known as “token” because, to execute a smart contract or transaction using the Ethereum blockchain, one must include enough ‘gas’ or ether to run the program. It means ether is a price one must pay to program code on Ethereum blockchain.

Ethereum was invented by Vitalik Buterin, who was just an 18-year old teenager in 2013. His idea was cheered in the global blockchain community, and after that, a British computer programmer, Gavin Wood, proved that the system invented by Buterin was possible to create. Together, they became the first members of the Ethereum team and raised $18million for the project’s development. On 30th July 2015, they launched the first version of the Ethereum cryptocurrency platform, called Frontier. On 7th August 2015, the Ether (ETH) was added to the Kraken crypto exchange at $2.77 per coin. In 2019, the DeFi became the largest sector within Ethereum as activity in the decentralized finance market, and gaming increased significantly. On 4th August 2020, Ethereum launched the final Ethereum 2.0 testnet that made the network faster, cheaper, and more scalable. 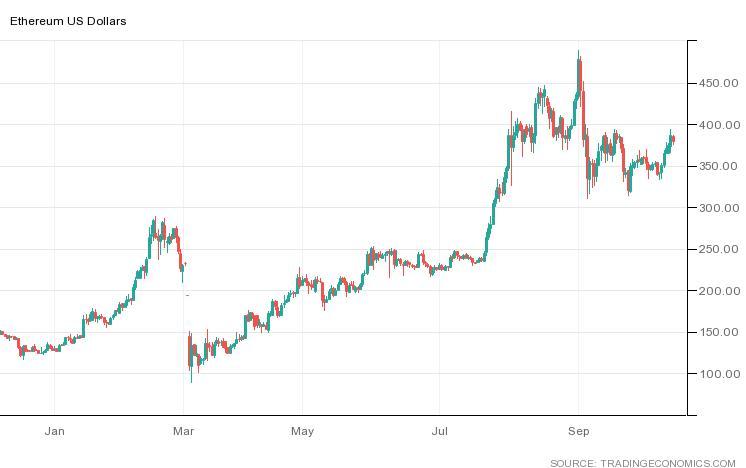 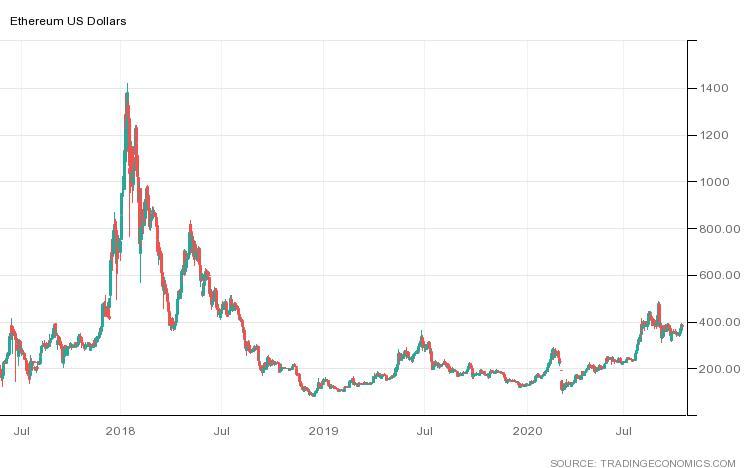 Recent Trends:
The Ethereum became the world’s second most popular cryptocurrency on the market when the Ethereum blockchain’s popularity exploded. The prices of ETH reached to $1400 in January 2018 due to increased popularity of it. However, eventually, prices dropped, and since then, it stayed above $300. In the cryptocurrency market, the recent trends related to specific cryptocurrency can greatly influence its prices.

Regulations:
Since many cryptocurrency transactions are cross-border transactions, they are highly influenced by the changed regulations in any country. So, whenever the word’ regulation’ comes around in the cryptocurrency market, it negatively affects cryptocurrencies’ prices. In September 2017, China banned ICOs and crypto trading that quickly slashed ETH prices to nearly $220 from $400.

After that, South Korea’s threats with the regulations also led to a significant decline in the investment inflow. However, if a country changes regulations to embrace the cryptocurrency market, it would positively impact ETH prices.

Adoption:
Whenever Ethereum gains popularity and a major corporation adopts it, the prices of Ethereum increases. It is because the adoption of Ethereum reflects the increased demand for the coins. It is technical that when more people adopt the currency, the prices go up, especially when there is a large arrival of the new user.

Future Potential:
Many people use Ethereum because the future potential of Ethereum is very stable. It is a platform that has thousands of applications to a wide variety of people. Tech companies rapidly incorporate smart contracts, blockchains, and automation into their day to day operations, and Ethereum provides a platform for this purpose. Many companies that utilize smart contracts are emerging in the market that has increased the price of Ethereum.