The Kiwi didn’t need that - Forex News by FX Leaders

The Kiwi didn’t need that

The Kiwi (NZD/USD) has been enjoying some good demand this year. It sounds weird after losing about 20 cents last year, but the NZD has been one of the strongest major currencies of the bunch. After all those times we have mentioned it recently, you must know what the main reason for that was. Yes, it´s yield hunting.

The price almost reached 50% of the Fibonacci retracement level where the 100 moving average stands on the monthly forex chart earlier this month. But, since then it has felt a bit heavy and looks like a top might be in place, yet, it has advanced against the USD in the last two days. 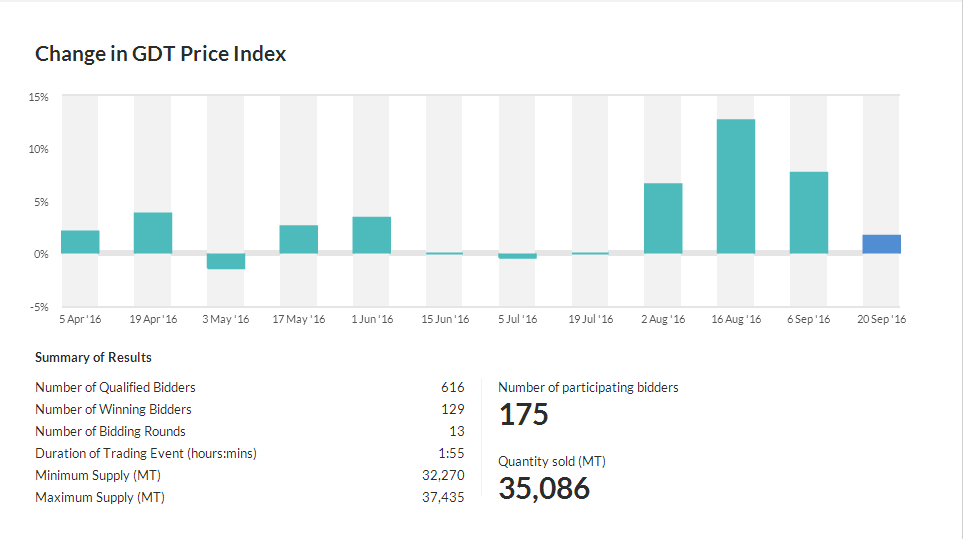 I can see a downtrend forming in the GDT price

Today though, the global dairy trade (GDT) price might change the things around. The price still increased by 1.7% but the gains have been declining since August. On top of that, the price of milk powder declined by 0.2%. The NZD joined the group of losers such as the GBP and the Euro, so beware of a trend reversal in the coming days.