Here goes another great number from the UK. If you remember right after the Brexit referendum, the UK business economic data took a dive which soon spilled into the consumer side of the economy. However, in the last 2-3 months, the UK economy seems to have bounced back, at least in the short term.

Last week Halifax and RICS posted a nice jump in the monthly and yearly UK house prices, while the UK industrial production increased by 0.6%. Yesterday the unemployment rate declined to 4.8% and now the UK retail sales jumped 1.9% higher month on month.

That´s a nice jump, but some economists are attributing this to higher demand for winter clothing since this year the winter started early. There was about 5 inches of snowfall in the East Anglia region about two weeks ago and I can tell from the Facebook/Instagram photos of my mates who live around there that people have stacked up on winter supplies and clothing. Halloween has played a part in last month´s retail sales numbers, as the surveying firm ONS declare. 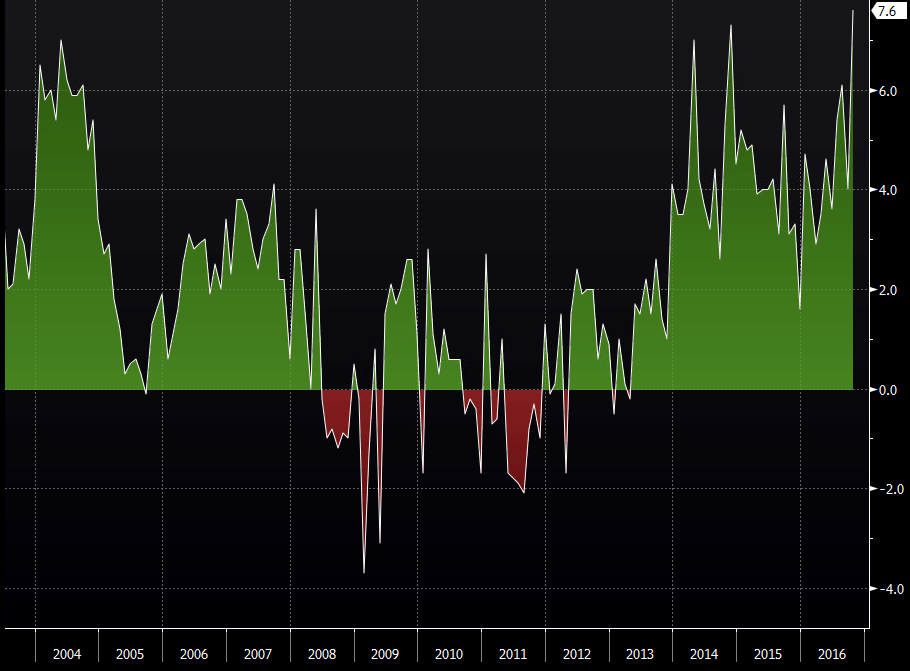 This number is pretty damn good. You must be aware though that the retail sales are very volatile; one month people spend beyond their means, the next they try to pay back their credit card balance. That said, looking at the retail sales on a yearly basis, the picture seems a lot brighter. The trend is definitely up and this month´s jump in sales takes this year´s retail sales to 7.6%, which is the highest level in about 15 years. 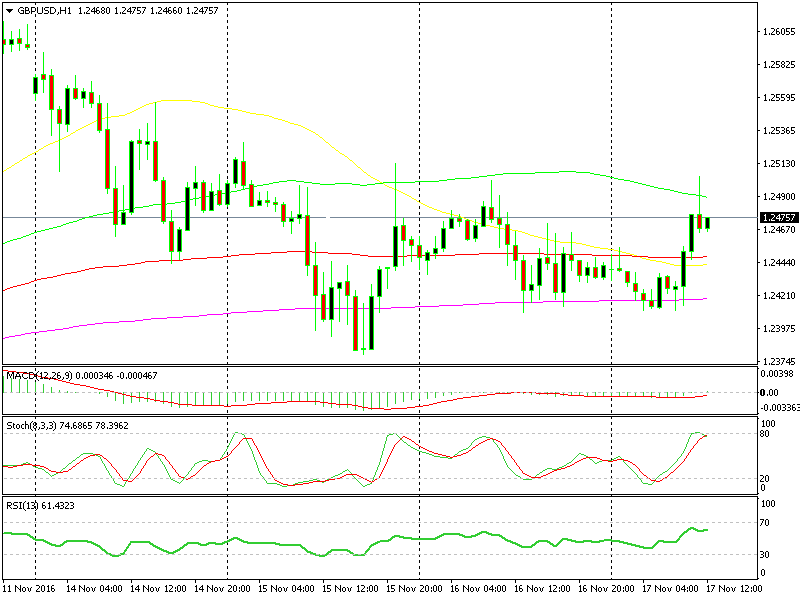 GBP/USD made a sprint to the 100 moving average (100 SMA) in green on the H1 GBP/USD chart, peaking just above the 1.25 level. But the sellers quickly jumped in again, pushing the price 30 pips lower. The technical setup seems very favourable for a sell GBP/USD signal in this forex pair, but we'll have to wait until the price reaches the 100 SMA again before taking the final step.