The Kiwi Tumbles After a Poor Jobs Report

Earlier this morning the NZD/USD went crashing down to earth, after a less than stellar jobs report brought in the sellers.

The actual unemployment rate came in at 4.8% which was in line with expectations.

The fallout from the report included Nomura Securities suggesting that RBNZ may cut their inflation forecasts. Banks in NZ are now saying that the next rate hike might not happen until February 2018.

If everything plays out in accordance with analyst expectations, we’ll expect to see continued downward pressure on the Kiwi in today's session.

Since the data release, we've seen significant selling in the NZD/USD. The 200 SMA got taken out on the hourly chart as well as key support at 0.74625.

I’m starting to keep an eye on the next key downside level of 0.74125, which is a support level on the hourly chart.

Traders should watch for more downward pressure to come as the Asian session progresses. 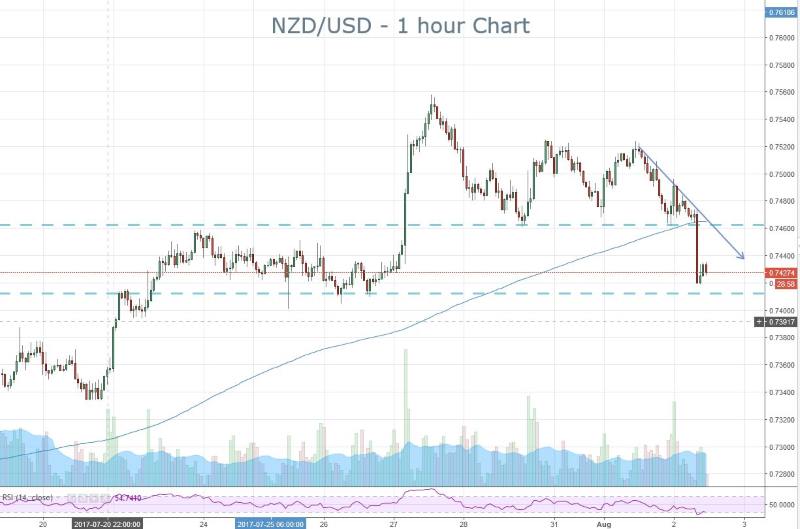