As I mentioned in my previous update Sideways Gold – Breakout Today? we got another take profit. This is the third in a row. Are you ready for the fourth one? Let's get started…

Starting with fundamentals, the latest ADP Employment report was somewhat weaker than the estimate of 178K for the month of July. Although there was an upward correction to June’s statement which added some positive sentiment to the data.

As we know, the positive ADP Non-farm boosts the speculation of positive Non-farm payroll. The unemployment rate is already forecasted as 4.3%, down from 4.4% previously. Ultimately, the speculators are trading the market with bullish dollar sentiment, while weakening the demand for the haven asset. Confused about sentiment analysis? Check out our FX Leader's article on trading the market sentiment. 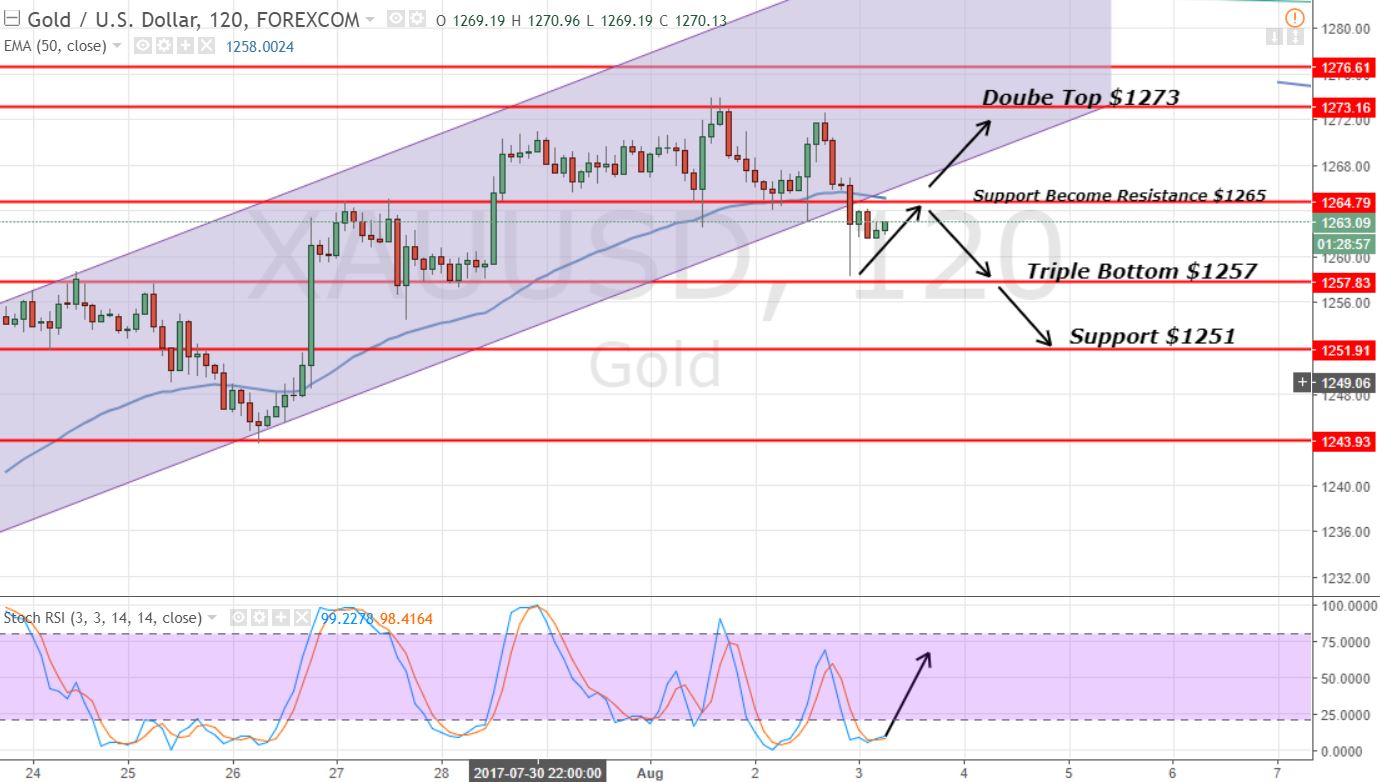 Let me break down the key points in the 2-Hour chart:

– Gold has broken the bullish channel at $1264 and it's trading outside the same levels.

– $1265, the triple bottom level is also violated. It's working as a resistance now.

– The 50- periods EMA has a bearish crossover, signaling that the bullish bias has converted to bearish.

– Only one hurdle for bears and that's the oversold stochastic. Hopefully, the prices will stay under $1265 while stochastics comes out of the oversold region.

Forex Signals Brief for May 17: Elon Continue’s to Hit Bitcoin
2 hours ago