We have made it through another highly profitable week and the credit goes to the highly volatile market. The forex trading securities such as currencies, WTI Crude Oil, and Gold (everything except for the global stocks) remained highly profitable throughout the week helping us secure a good number of take profits in our trading signals.

I'm really excited to trade today as we are expecting several high impact economic events from the United States and Canada which are definitely going to cause serious fluctuations. Let's take a quick look:

Forex geeks are anxiously waiting for the Non-farm payroll as it's one of the macro economic events which significantly shake the markets. It shows the change in the number of employed people over the previous month, excluding the farming industry

Now the question is whether it's likely to be positive or negative – only the time will tell. But a logical guess, considering the ADP Non-farm payroll, is it's likely to be close to the forecasted figure. Any surprise change in the figure will be an opportunity for us to trade.

Today, global financial markets are likely to exhibit extreme volatility over the release of multiple fundamentals, including the gold. This week gold persistently traded sideways in a narrow range of $1259 – $1279, as we planned throughout the week.

As mentioned in my previous updates, the gold stayed below the $1279 and achieved our target several times at $1265 & $1259. The renewed bullish momentum was initiated over the geopolitical tensions between North Korea and the United States after another missile test by North Korea.

Gold gained a slight support on the ADP non-farm employment change readings as it fell short of forecast. It published a 178K rise in hiring versus the forecast of 187K gain in June. To make matters worse for gold, they also revised the previous ADP figure from 158K to 191K, indicating that we may see positive revisions for previous NFP figures. The latest US unemployment claims data recorded a drop from 245K to 240K during the previous week, but there was no significant reaction as the change wasn't surprising.

Looking at the two-hour chart for gold, we can see it has crossed above the $1265 making it a support. It's still trading below $1272/73, the double top resistance. Stochastics have entered the overbought region, signifying the potential for a bearish reversal below $1272.

Gold has crossed above 50 – periods moving averages, which is signaling investors' bullish bias, but as the market is choppy due to upcoming news, we need to ignore the EMA crossover.

If you want to trade gold today, I advise keeping a close eye on $1217, the crucial trading level. 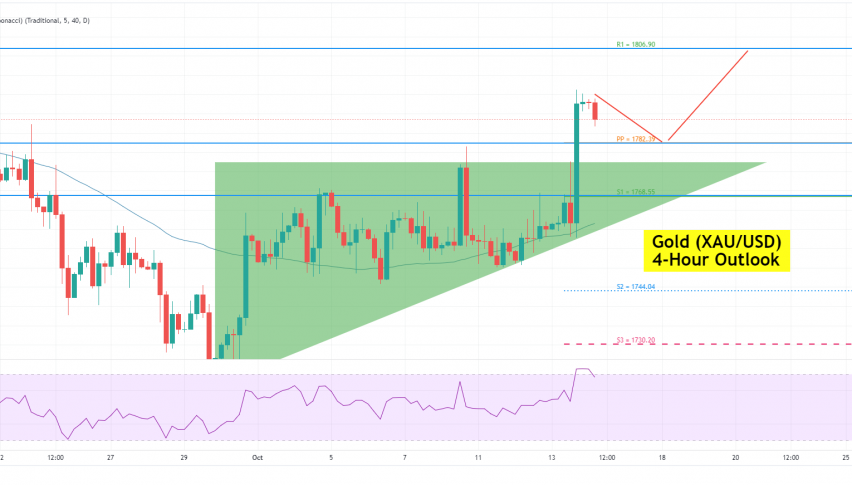 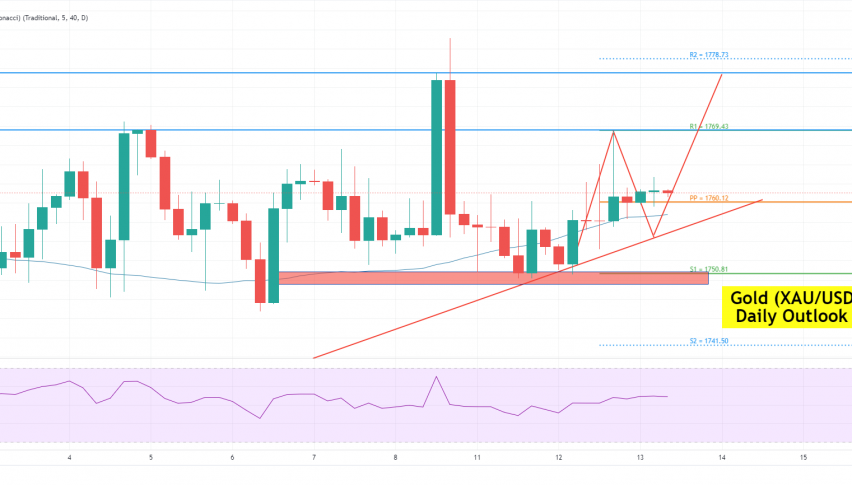