In my previous update, Forex Signals Brief August 4th, I discussed the Non-farm payroll and its potential impact on the precious metal gold. The idea was to have a sell position below $1273 to target $1259, in the case of a positive NFP. Fortunately, this was precisely what happened. So, are you ready to trade, what promises to be, another profitable week? Let's get started…

This week, in the absence of top tier economic events from the United States, gold is heavily depending upon the technical levels. We will feel the echoes of the surprisingly good labor market figures of the United States throughout the market. In response, investors will keep their investments low for the previous metal, compared to the US dollar.

On the 3-hour chart, the gold has come out of the bullish channel, which was formed last week, to provide resistance at $1271. Since Friday, the market isn't trading in the same bullish channel anymore. Rather, it broke below the bullish channel and also formed a bearish engulfing candlestick, signifying that the bears are dominating over the bulls. You can refer to FX Leaders candlesticks trading strategy to enhance your understanding of candlestick analysis. 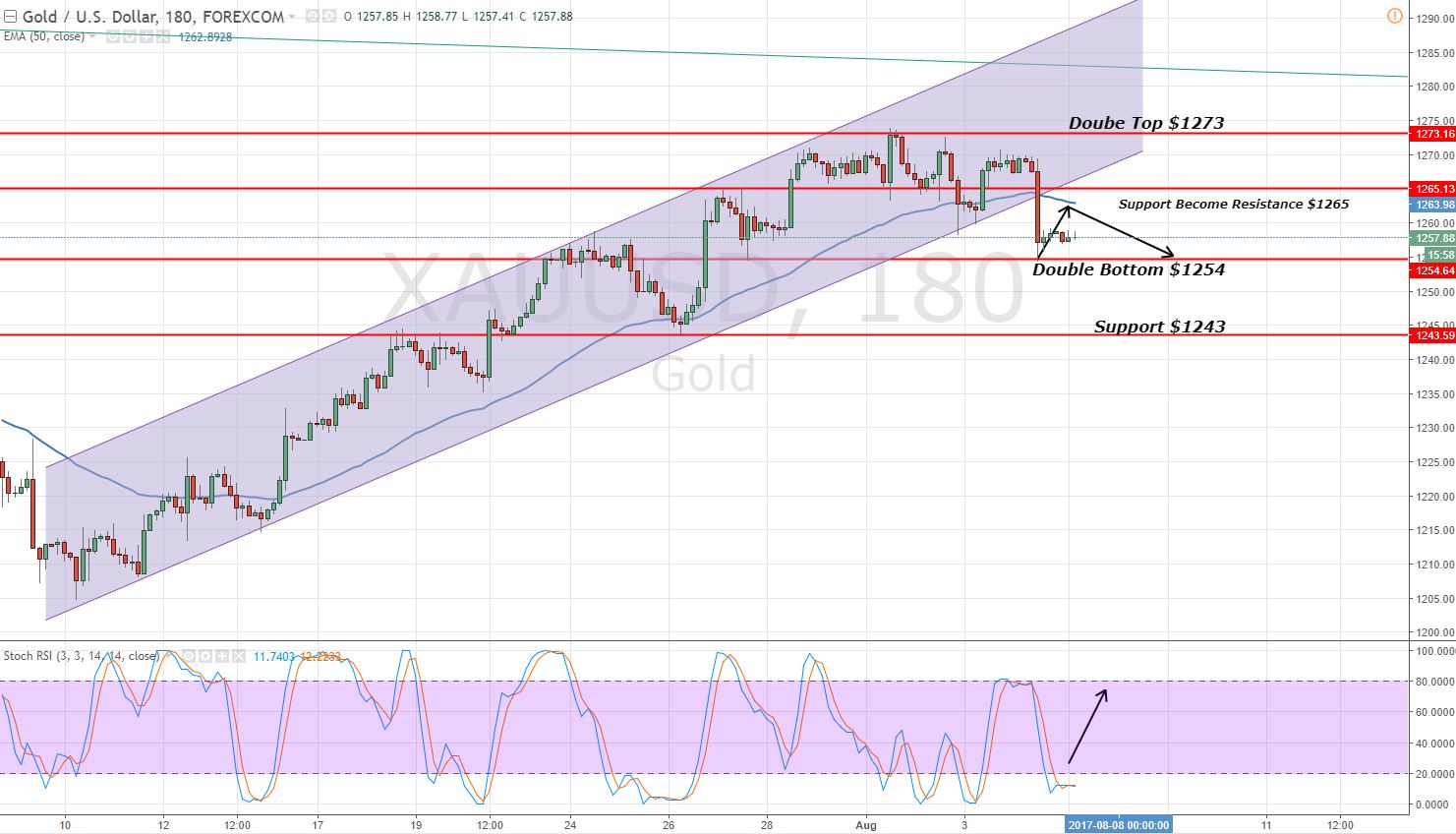 For now, the immediate support is found at $1254 & $1243. The resistance prevails at $1265. We have a moving average crossover near $1264 (another sell signal). However, the stochastic is oversold, so expect more selling until gold pulls slightly backward to reach close to $1263.

The idea is to stay in sell, but as the market is already in the oversold region, we should wait for a correction until $1262/63 before entering a sell. So what can we buy now? It's going to be risky, as there seems to be a shift in trend. However, if one want's to try a buy then take it only above $1255 with a stop below $1252 to target $1260.