Forex Signals Brief for September 15th: Gold Spikes as North Korea are Back

Once again we find ourselves coming into the weekend and once again North Korea are up to their old tricks. Early this morning reports came out that they had fired a missile over Japan and as we've seen in the past, safe havens spiked. While this is the same thing that keeps on happening, we have to keep on looking for opportunities. And for the most part, news overshadows the other events that are going on.

Yesterday we saw a beat on CPI coming out of the US which helped the USD and got traders thinking about an early rate hike. That’s getting backed up today with retail sales that will give more insight into the state of the US economy. That data has been somewhat overshadowed and as a result, it might be worth looking to see if traders will be again wanting the hedge their positions heading into the weekend and trying to capture a part of that move.

It should be an interesting day, so keep a close eye on the news and what the safe havens are up to in late trade.

Ms. Lautenschläger is speaking on "Banking Union: How to make existing pillars more effective?" in Tallinn, Estonia at 8:15 GMT.

Trade Balance data is out at 9:00 GMT, and analysts are suggesting that there will be a lower number than previously at 21.4B. Trade Balance gives an indication as to the level of imports versus the level of exports and a positive number can give the EUR a spike higher.

Gold – Can We Get a Late Rally

Gold will again be the most interesting trade for me today. Like we’ve seen in the last few weeks, whenever there is any degree of geopolitical tension, gold tends to spike higher. Thanks to North Korea that’s what we’ve seen once again. 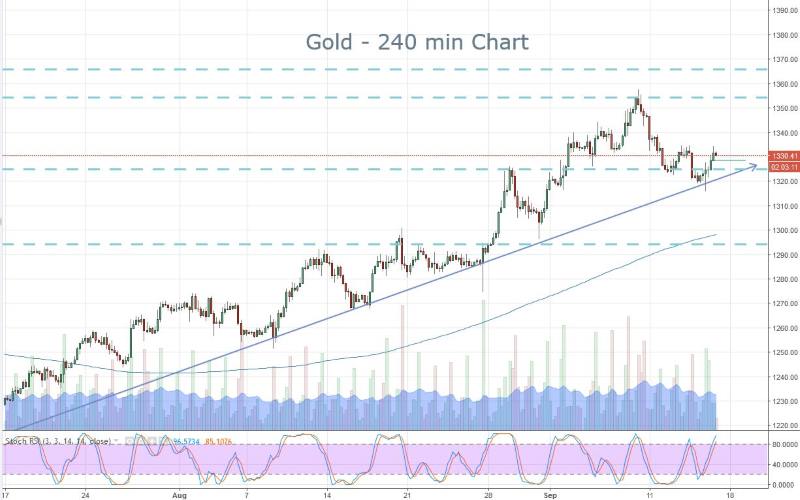 After an early spike Gold has pulled back off its intraday highs. Prior to the North Korean news, we were trading around 1330, which I think might be a good level to enter. The plan today is to once again see if there is some buying interest to hedge positions as we head into the weekend.

Often times there can be some late day buying interest that we can ride in what becomes a short momentum move. I’ll be trying to capture that and enter on pullbacks around the 1330 area.

The Yen spiked as soon as word came through that North Korea had launched a missile. From that point on though, we had a reasonable retrace.

At the moment it seems like it’s a tale of two forces with the USD/JPY. The greenback got a bit of strength from the CPI number, only to be overshone by the flight to safety trade with the Yen. It’s an important day ahead with some big numbers coming out of the US. What I suspect is that we are going to get some more buying in the JPY, however, the US data will be important. 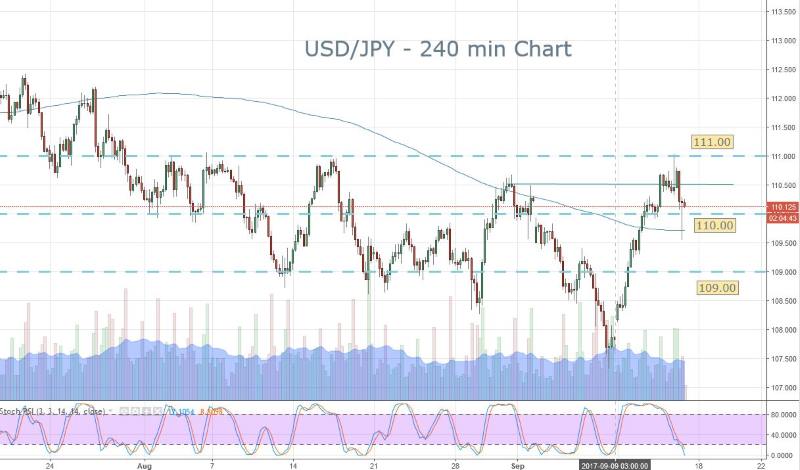 I'm looking to sell the USD/JPY on pullbacks. If we get a move higher to 110.50 on the back of some strong data that might present a good opportunity to sell, there is the potential for some late day momentum from hedgers in a similar fashion to gold.

It’s a funny day we have ahead for forex traders, with news continuing to keep on coming. Keep a close eye on our analysts as they will have you covered as all the big developments play out.