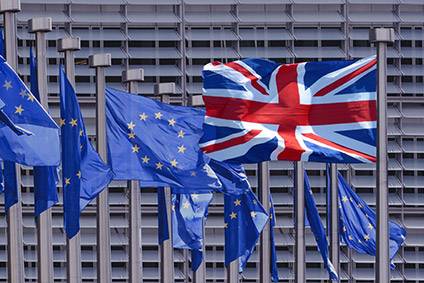 It’s been a relatively quiet European session today. The economic data has been pretty light to move the market, apart from the UK retail sales report which was released this morning. It was a terrible one but the GBP didn’t really care much about it, unlike yesterday. Cryptocurrencies continue to grind higher, albeit very slowly.

Brexit Has Already Hurt the UK Economy Before Happening

Yesterday, the UK inflation report came our pretty bad, cording to the market. According to me, it was great. Inflation has been running hot in the UK and it has been around 3% for nearly a year. That means that the prices have been going up which is not good for the ordinary Brit, whose wages haven’t been exactly keeping up with inflation.

You feel it if you live here. 10 years ago you would fill your trolley in the supermarket for 100 quid. Nowadays, you can’t even buy half the trolley with 100 pounds. So, to me, falling inflation is great.

But not to the market, since the market is just trying to make some pips. The market doesn’t care for the economy, nor does it care for humans; the market doesn’t have an opinion. That’s why I’m not in favour of a completely freeeeee market without any human intervention such as governments. The US healthcare system and the music industry are great examples how the free market doesn’t solve everything. I guess I’m a bit on the left, but slightly.

Anyhow, today we had another economic release from the UK and it was another red number, this time it was a really bad one. UK retail sales declined from 0.4% last month to -1.2% this time. We have sen the construction sector contract in the last couple of months, while the service sector slipped to flat last month.

Yesterday inflation dived and today retail sales post a terrible number. It seems like all sectors are starting to show great signs of weakness and Brexit haven’t started yet. I heard that 10,000 jobs will be lost on the first day of Brexit, be it soft or hard. It’s not looking good for Britain but the GBP doesn’t care. We are about to trade GBP/USD now and will explain the trade below.

Cryptocurrencies Are Trying to Make A Decision

Cryptocurrencies have recovered in the last two weeks after the major downtrend which started at the end of December and lasted for more than three months. They recuperated between 10% and 20% last week.

This week, they continue to grind higher, particularly Litecoin. I mentioned last week that Litecoin was introducing the second debit card soon, so it is increasingly intruding into the normal banking sector. After all, that was the purpose of cryptocurrencies since the beginning, an alternative source of payment rather than an investment opportunity, which was the reason why the crypto market exploded late last year.

Litecoin and Bitcoin formed a doji candlestick on the weekly chart, just above the 50 SMA. That looked like a bullish formation and last week closed with a bullish candlestick. But, both these cryptos face the 100 SMA (red) on the daily chart now.

As you can see from the chart below, Litecoin is trading right below the 100 SMA. That moving average have provided support on the way down and it is likely to turn into resistance now. So, unless Litecoin and Bitcoin move above the 100 SMA, the trend remains bearish. If the buyers manage to push above it, then I think that we should consider that as a trend reversal. 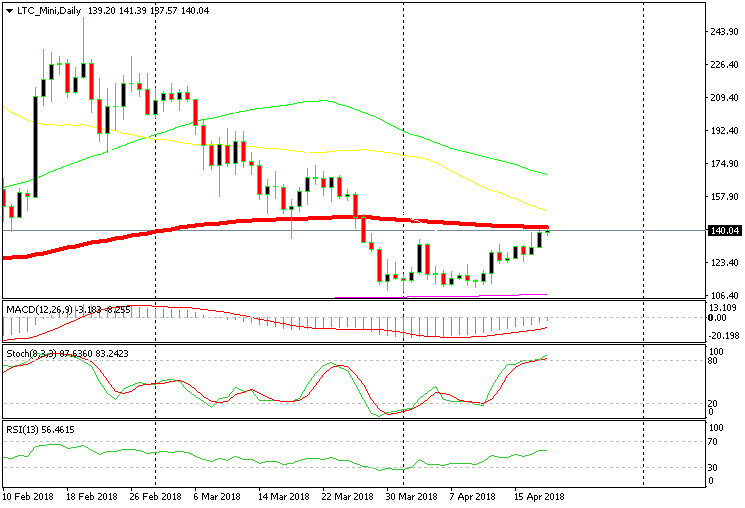 The 100 SMA will be difficult to overcome I suppose 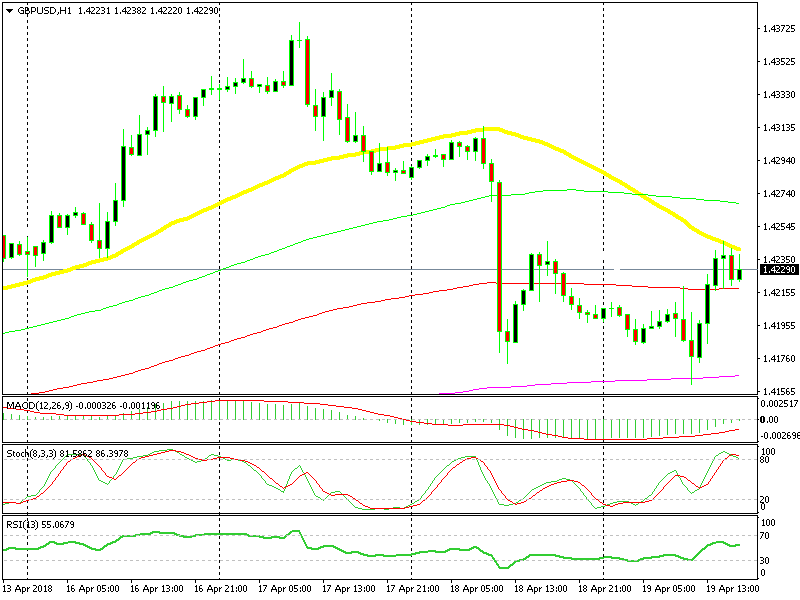 We just opened a sell forex signal in this pair. The short term trend has changed for GBP/USD and today’s climb looks more like a retrace before the next move down. The 50 SMA (yellow) is providing resistance on the H1 chart, which is overbought since stochastic is overbought. Now, let’s wait for the downside to resume again.

We have had a good day so far with forex signals. We had three winning signals and opened another one now. There’s not much on the economic calendar for the afternoon, so it is going to be all about charts and the market sentiment. We will try to read into both of them.

Forex Signals Brief for June 21: Markets Stall for Breath Before the Turmoil Resumes
6 days ago