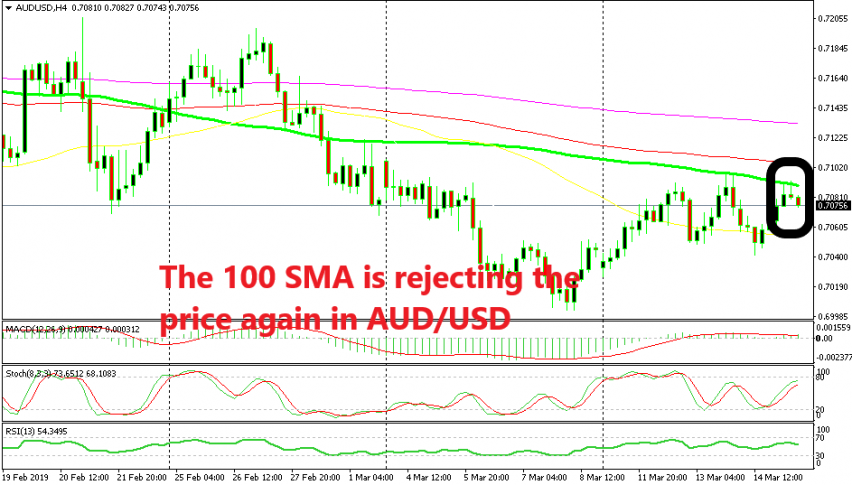 Yesterday, AUD/USD formed a bearish reversing chart setup below the 100 SMA (green) on the H4 time-frame. The price reached the 100 SMA where it found strong resistance and then returned down, losing 60 pips in the process. But the reverse happened early in the Asian session, so we missed that chance, but another opportunity has appeared today.

Today, we are seeing a similar pattern being formed on the same time-frame in AUD/USD. The price climbed back up during the last two trading sessions and it reached the 100 SMA this morning. This moving average is providing resistance again and it has rejected the price a couple of times already.

Just like yesterday, the stochastic indicator is nearly overbought which means that the bullish move is complete. Besides that, the previous H4 candlestick has closed as an upside-down pin/hammer candlestick which is a reversing signal as well.

So, we have several indicators telling us to go short and that’s what we did just a while ago. The current candlestick looks bearish already, so the setup is complete.