Fellas, there has been a massive drop in EUR/JPY lately, as the pair failed to cross over the critical resistance area of the 122.00. The single currency Euro came under severe selling pressure after the ECB President Mario Draghi spoke at the ECB Forum on Central Banking in Sintra, unlocking the doors for further rate cuts and stated that negative rates have proven to be an essential tool.

Draghi further reckoned that QE still has ample headroom and indicators for the coming quarters point to lingering softness, clearly looking to shift to a more dovish bias moving forward. With that, the investors translated these remarks as dovish and triggered a massive selloff in the Euro.

On the technical front, the bearish Gartley pattern on the 4-hour chart suggested a bearish bias. The pair has recently broken below 121.450 support area. This opens further room for selling until 120.800. 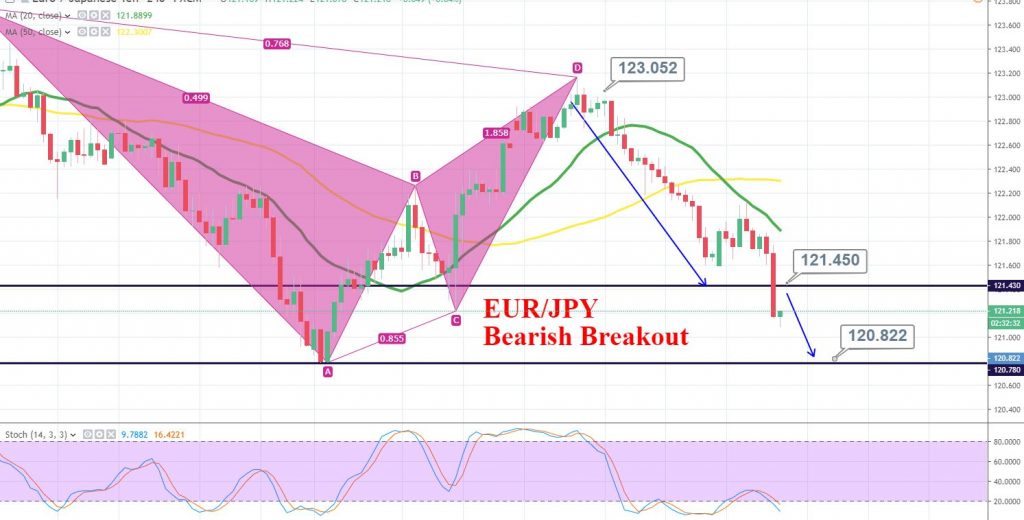 For now, the market is already down, and it might not be a good idea to short the pair here. However, it would be nice to go long above 120.800. While selling is preferred below 121.650.

Daily Brief, Jan 25 - Everything You Need to Know About Gold Today!
8 mins ago