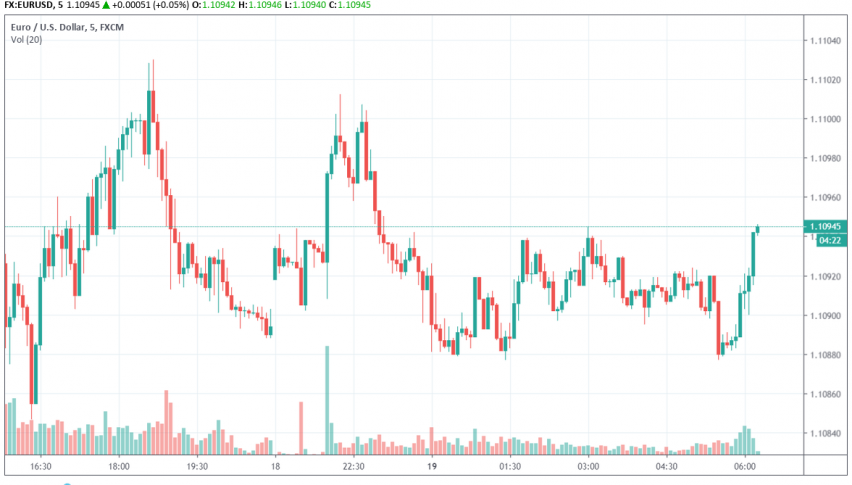 A weakening economy is forcing the German government to consider taking on new debt in a bid to boost investment and revive growth. While addressing the media at a news conference on Sunday, German finance minister Olaf Scholz hinted at the government setting aside around 50 billion euros for stimulus efforts.

Germany’s debt level is forecast to come down to around 58% of economic output in 2019 from 60.9% in 2018. This figure sits comfortably within the 60% limit for debt ceiling set by the EU, providing it a greater level of flexibility to introduce stimulus measures.

According to recent data releases, the German economy shrank 0.1% QoQ during Q2 2019, increasing concerns that its economy as well as that of the Eurozone were heading for a recession. According to Scholz, the weakness was driven by external risks such as global trade tensions which have reduced foreign demand and put a strain on Germany’s manufacturing sector.

Early on Monday, EUR/USD is exhibiting signs of bearishness over a stronger US dollar, slipping to trade at around 1.109 at the time of writing. Today’s Eurozone CPI data release could cause more movement in this forex pair this week.

Markets Looking For A Reason to Sell the USD, As the FED Looks For Any Reason to Stay Loose
10 hours ago