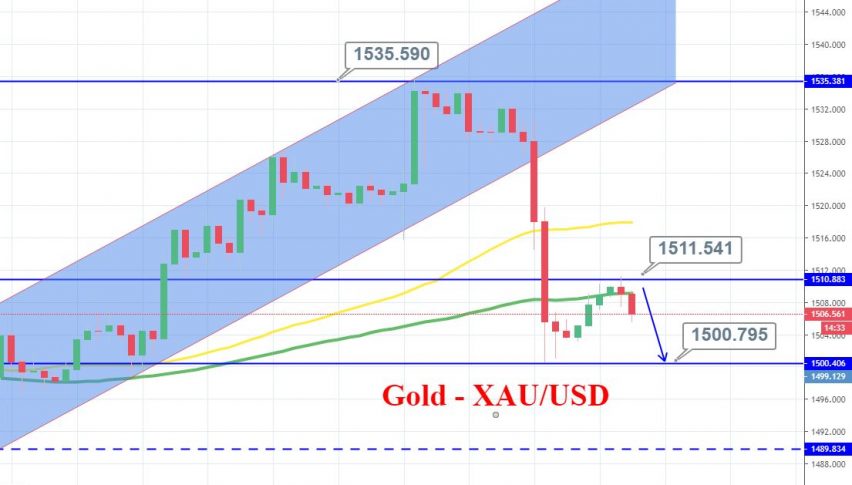 The precious metal gold was trading at multi week high around $1,535 area but we experienced dramatic dip to $1,500 level. The bearish move came all of a sudden in response to optimistic remarks from the US President Donald Trump regarding the trade war. President Trump said a trade deal with China could happen as soon as possible.

During the Asian session, the precious metal gold inched up 0.1% to trade around $1,511.95 per ounce, but ever since it’s holding still below this level.

Donald Trump sounded upbeat about a trade deal just one day after he blamed China of stealing United States’ intellectual property and disturbing trade secrecy. His previous comments had dampened optimism for any near-term rapprochement between the two nations during discussions by top trade negotiators which resume in two weeks.

The US President Donald Trump had pulled pressure on Ukraine to launch a probe that could hamper his democrat rival Joe Biden in 2020 presidential elections. In response to this, the House of Representatives has ordered an impeachment inquiry into Trump. This had caused gold to trade bullish until yesterday.

On the technical side, gold is facing substantial resistance at 1,511 area today.

The Doji candle below this area is suggesting indecision among traders; perhaps, they are waiting for the US Final GDP figures which are due to come out later today.

On the lower side, gold may find support at the psychological trading level of 1,500. The 50 and 100 periods of EMA are suggesting a strong bearish bias. Let’s take a look at the trade idea. 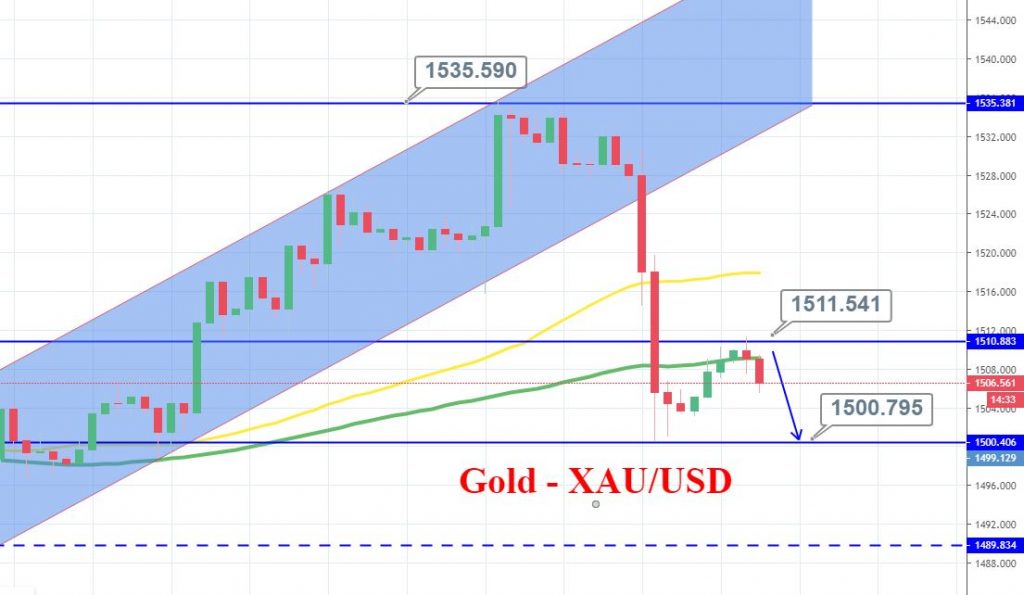