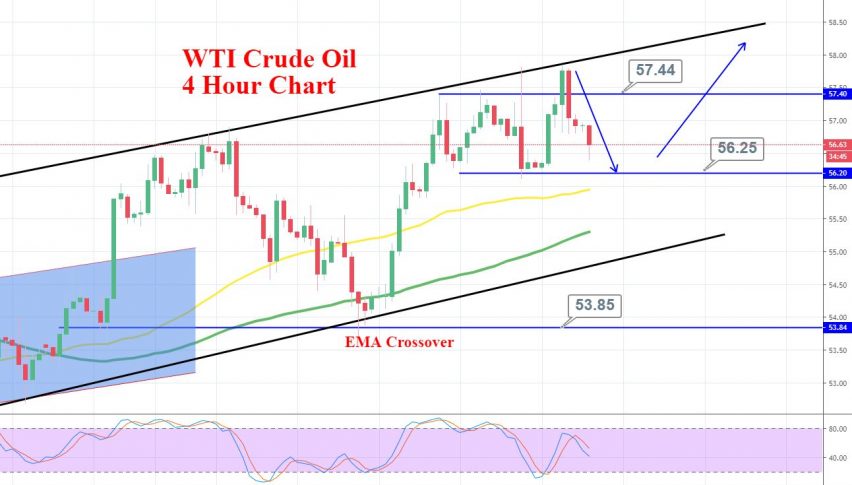 WTI crude oil prices again went on the bearish track after gaining mainly due to the strength in the greenback. The report from Gao Feng said that the United States and China have planned to cancel additional tariffs on each other products in different phases after they make development in reaching a deal.

WTI Crude Oil prices initially gained after Gao’s comments, whereas stock markets also recovered in the US because all 3-major indexes on Wall Street are placing a historic high overnight. Chinese stocks also progressed, with the Shanghai Composite and the SZSE Component expanding 0.4% and 0.9%. With a rise in stock markets, crude oil prices also gain support. It’s because of the sentiment that more production requires more crude oil.

Under a contract accepted late last year, the OPEC+ cartel agreed to decrease oil production by 1.2 million barrels per day to support prices. The deal extends until March 2020, and the producers are listed to meet in Vienna to evaluate the terms of the policy on December 5-6.

For now, crude oil has formed a bearish engulfing pattern on the 4-hour chart, which is likely to keep crude oil bearish until 56.25 area. The violation of this level can extend further selling until 55.45.

The RSI and Stochastics are holding in the selling zone, suggesting chances of bearish sentiment in the market. On the upper side, the immediate resistance is likely to stay at 56.60, and continuation of this level can extend further buying until 57 levels.